Has anything really changed since the 2008 financial crisis? Below articles are simply shocking. 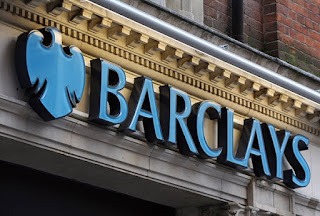 On Wednesday, Barclays won the race to reach a deal with U.S. and British regulators, beating UBS, which was reportedly the first bank to begin cooperating with international antitrust authorities. Barclays agreed to pay at least $450 million to resolve government investigations of manipulation of Libor and the Euro interbank offered rate (or Euribor): $200 million to the U.S. Commodity Futures Trading Commission, $160 million tothe criminal division of the U.S. Department of Justice and $92.8 million to Britain's Financial Services Authority.

Trader: "Until the effective date goes over year end (i.e. turn drops out) if possible."

Submitter: "Will do my best sir."


This is unbelievable, shocking stuff. A sizable chunk of the world’s adjustable-rate investment vehicles are pegged to Libor, and here we have evidence that banks were tweaking the rate downward to massage their own derivatives positions. The consequences for this boggle the mind.

For instance, almost every city and town in America has investment holdings tied to Libor. If banks were artificially lowering the rates to beef up their trading profiles, that means communities all over the world were cheated out of ungodly amounts of money.

And another one bites the dust: 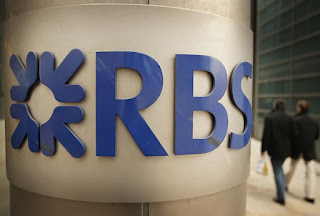 The Royal Bank of Scotland is about to be fined $233 million (£150 million pounds) for its role in the Libor-rigging scandal. It joins Barclays as the first banks to walk the plank in what should be, but so far is not, the most sensational financial corruption story since the crash of 2008.


A much longer article from the same website: The Scam Wall Street Learned From the Mafia


And another article from Bloomberg:

More than four years after the financial crisis began, it’s so widely accepted that many of the world’s banks are burying losses and overstating their asset values, even the Bank for International Settlements is saying so -- in writing. (The BIS’s board includes Federal Reserve Chairman Ben Bernanke and Mario Draghi, president of the European Central Bank.) It fully expects taxpayers to pick up the tab should the need arise, too.

In this respect, little has changed since the near-meltdown of 2008, especially in Europe. Spain has requested 100 billion euros ($125 billion) to rescue its ailing banks. Italy, perhaps the next in line for a European Union bailout, is weighing plans to boost capital at some of the country’s lenders through sales of their bonds to the government.

Those bank rescues almost certainly won’t be the last. All but four of the 28 companies in the Euro Stoxx Banks Index (SX7E) trade for less than half of their common shareholder equity, which tells you investors don’t believe the companies’ asset values. While it may be true that the accounting standards are weak, the bigger problem is they are often not followed or enforced.

The lack of transparency and credibility in banks’ balance sheets fuels a vicious cycle. When investors can’t trust the books, lenders can’t raise capital and may have to fall back on their home countries’ governments for help. This further pressures sovereign finances, which in turn weakens the banks even more. The contagion spreads across borders. There is no clear end in sight.

Email ThisBlogThis!Share to TwitterShare to FacebookShare to Pinterest
Labels: LIBOR