I have often blogged about Warren Buffett but never about Neil Woodford, a fund manager who is rather famous in the UK. The two are squaring off on Tesco, the large global supermarket chain. 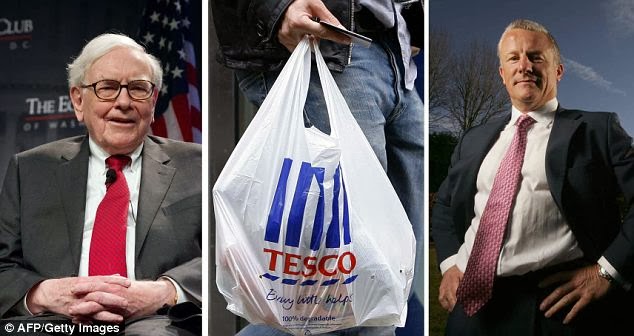 Tesco dumbfounded investors with a profits warning two years ago.

To recap, very few saw Tesco's profit alert coming despite some rumblings of discontent about problems neglected under the regime of ex-boss Sir Terry Leahy. On the day the news broke in January 2012, shares in the company plummeted 16 per cent and closed at 323.45p.

But it wasn't clear whether Tesco had just suffered a temporary trading setback that Christmas or was in much deeper trouble.

It's easy at this stage to say Woodford was right.

A couple of years on and despite valiant attempts by current boss Phil Clarke to turn the business around, Tesco's stock is still hovering around the 320p mark.

It's off the worst lows during this grim stretch for shareholders, but remains around 17 per cent lower than the 385p closing price on 11 January 2012 - the day before the watershed profit warning.

And with no sign of a robust recovery in sight, Buffett looks like he's starting to have doubts about his investment. He sold off some, but not all, of his stake in Tesco last autumn.

His firm Berkshire Hathaway holds 3.18 per cent of the supermarket's stock and is still its fifth biggest shareholder.

But after just two years, it's probably too soon to say Woodford has won this unintentional stand-off with Buffett.

Both Buffett and Woodford are contrarian investors who pursue long-term strategies. They are more than likely indifferent to whether the wider world judges their investing decisions as wrong - or right - over very extended periods so long as they make money in the end.


Below is the share price of the last 5 years, the stock hasn't done much and might thus be relatively cheap, it pays a decent dividend. Also, it is not often that one can buy a share at a decent discount to the price that Warren Buffett paid.

But Woodford's selling does look like a red flag, Woodford is playing a home game in the UK, Buffett is playing away. I prefer to wait, there is anyhow not much good economic news lately, markets look jittery. 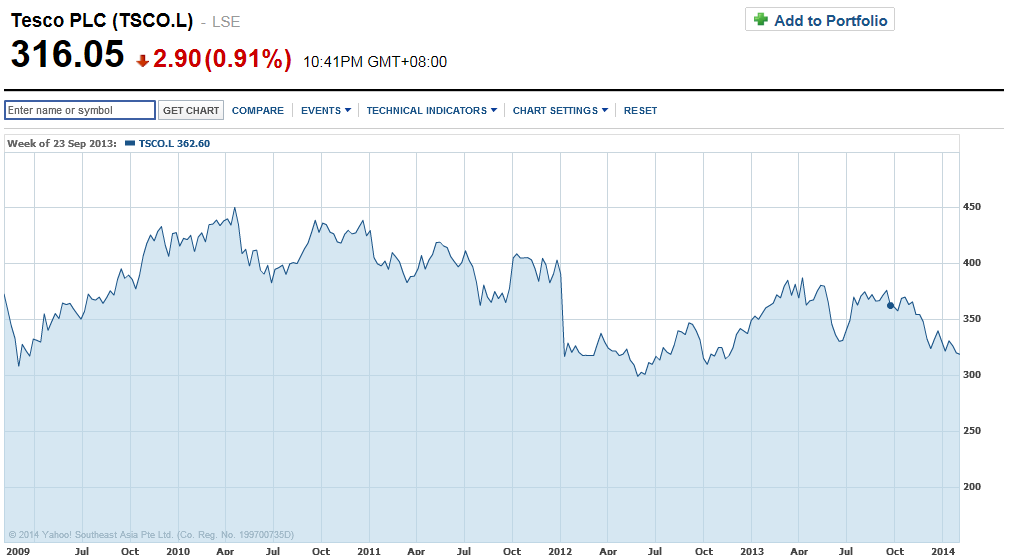