"For the first time ever, a Class A share of Berkshire Hathaway will cost you more than $200,000. That's just one share for the price of a nice 6-bedroom, 4-bath house in Omaha." 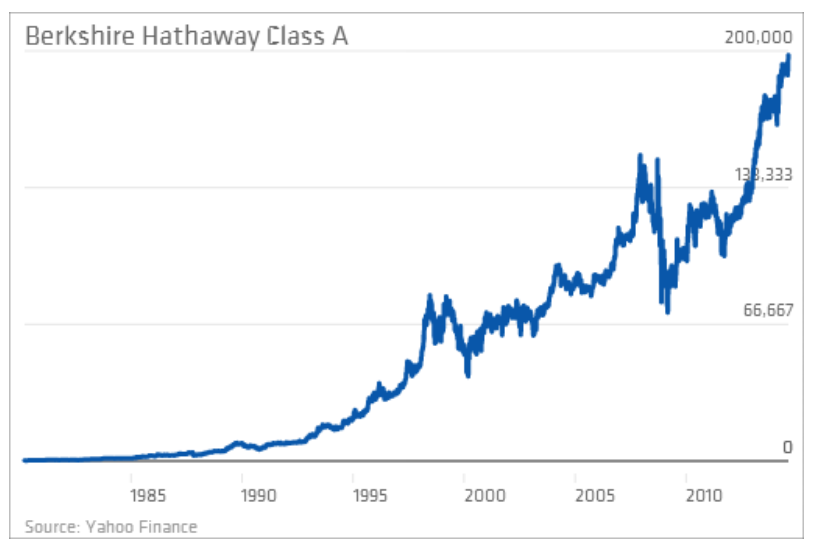 While many companies use stock splits to keep their per-share price under $1000, or even below $100, Warren Buffett isn't a fan of that manuever because he thinks it encourages short-term trading rather than long-term ownership.

As a result, Berkshire's Class A has, by far, the largest dollar price per share for any stock trading in the U.S.

"Germany’s five-year rates dropped to an all-time low 0.203 percent while the two-year note yield reached minus 0.01 percent, the lowest level since May 2013. A negative yield means investors who hold a security until it matures will receive less than they paid to buy it."


We live in strange times. The global central banks (FED and the like) can be satisfied.

But what negative effects will all this have in the long run? Yield hungry investors are searching for some returns above the meagre interest rates they receive on their fixed deposits, creators of pyramid (and other fraudulent) schemes are having a great time, their business is booming.