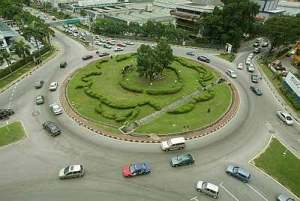 Excellent collection of critical articles in The Edge of December 24, 2012.

“…. political integrity to replace the dirty, corrupt and adversarial with idealism, activism and intellectualism based on values, knowledge, wisdom, service, transparency, accountability and good governance”

“In Malaysia, corruption is not a random or occasional occurrence but tends to be systemic and cuts across authoritarian and democratic regimes. Kleptocrats are usually not merely mid-level officials who extort money or receive bribes as means to make ends meet, but high-ranking officials and top-level politicians who engage in corrupt acts to do business and accumulate wealth. The question for Malaysians is, are we a country in which corruption is the dominant means of doing business and can be referred to as the fifth factor of production? To the extent that kleptocratic rule develops and expands, whatever genuine democratic forces there are will recede into the background. This is because the kind of democracy that is based on good governance and accountability to the people is antithetical to the interests of the kleptocrats. At most, a formal and limited form of democracy will survive.”

“Malaysia outperformed most other developing economies because its civil service, police, judiciary, universities, schools, political parties, regulatory agencies and development institutions were often first world in quality. It may not be a popular  thing to say but it is a fact that Malaysia’s institutional edge has diminished in the past 20 years. Without institutional revitalization, Malaysia will not resolve corruption and crime. Neither will it be able to build the human capital needed to compete effectively nor will it be able to reverse the brain drain and attract the talent needed to excel.”

“There are still many instruments of control that effectively stifle genuine discussion of issues that matter to the country. Do we want a society that values and protects our freedom to debate and discuss issues of importance to us? Or one that would rather have us remain quiet and disengage ourselves from the national discourse?”

“This mentality is reflected in our poor track record for civil and political rights, free and fair elections, transparent governance, press freedom and respect for the dignity of all persons regardless of race, gender and religion. Malaysia has yet to sign the United Nations convention on the elimination of all forms of racial discrimination and the covenants on civil, political, economic, social and cultural rights. The national economy, while important, may not be the crucial election issue. What matters if we are to get over the Third World mentality is to cross the racial and ideological divides, to root out the corruption and patronage, eradicate institutional discrimination, and depoliticise the police and judiciary.

Email ThisBlogThis!Share to TwitterShare to FacebookShare to Pinterest
Labels: Malaysia, The Edge