And there is another, unconfirmed story:

"Incidentally, there is also some market rumours that this whole HLCap saga has had some collateral damage to another key Hong Leong personality, although this theory could not be verified. Stalwart banker, Datuk Yvonne Chia, resigned as CEO of Hong Leong Bank Bhd in March. The reason cited then was simply that she was retiring. But now rumours are circulating that Chia may have had to leave because she had failed to support HLFG's buyout by selling her holdings or stock options into the HLFG buyout of HLCap. All parties related to this story could not be reached for comment."


For the minority shareholders, the events have a large impact:


"The suspension of trading of a stock is always bad news for minority shareholders as it means they can no longer sell their shares in the open market. Hence the threat of suspension had worked to force minorities in buyout situations to throw in the towel in the past." 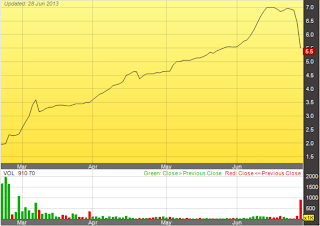 Other constructions that are being used in Hong Kong is issuing unlisted shares to the majority shareholders, Webb gives several examples of this.


Some majority shareholders want to keep their company listed at all cost, some not. Financial engineers are coming up with solutions to satisfy the large shareholders, solutions that look terribly artificial.


As usual, David Webb has a very simple and transparent solution for this problem:


"The public float rule should be scrapped. Let the market trade. The market has full information on what the substantial shareholdings over 5% are (to the nearest whole percent) as required by law. Investors can make their own choice over whether they want to own shares in a small percentage float, whether it is a large company or a small one. Investors should not have to pay, via their companies, to execute convoluted bonus share schemes just to comply with the Listing Rules, and should not be at risk of having their money frozen in suspended shares purely because of the actions of other shareholders. This rule is not serving investor interests."
Posted by M.A. Wind at 11:23