Alibaba is going for an IPO, the question is: where? The most logical choice is Hong Kong or NASDAQ. 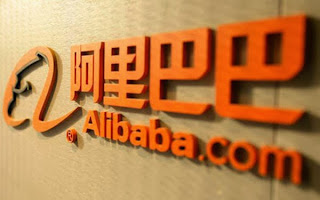 Some background information about the company can be found here:

"Alibaba has established itself as a behemoth in the business of buying and selling products online. The company is itself made up of several businesses, including Alibaba.com, a Web site for business-to-business sales; Taobao Marketplace, a giant eBay-like platform; and Alipay, an online payment service."

Alibaba wanted a dual class of stock, which is not possible on the HKEX:

"The Internet giant and its executive chairman, Jack Ma, have sought to keep control of the company firmly with its founders, following in the footsteps of Facebook and Google. But the rules of the Hong Kong Stock Exchange prohibit dual classes of stock and other types of corporate structures that let minority shareholders preserve control of companies."

Negotiations with the Hong Kong Stock Exchange were on-going, and who could better comment on this then Hong Kongs "Mr Corporate Governance", David Webb.

Here is an interview with Webb, done by Eric Jackson from Forbes.

David wrote three articles about this matter on his website:

Alibaba's spotlight on HK regulation
We had a dream too!
Aligaga


The last article is in response to a "corporate tantrum" thrown by Joe Tsai, which can be found here.

Webb's response to that:

"Alibaba, you see, has come up with an entirely new and better way to govern companies, and if HK or the USA does not embrace it then we will all be left behind. Alibaba "never made any proposal" that involved a second-class shareholding structure, he says. So presumably, they won't be proposing that in the USA either. They want US regulators or investors to get their heads around something that even America has never seen before, where a self-selecting perpetual pool of managers gets to nominate more than half the board of directors.

You have to marvel at the breathtaking arrogance and hubris that comes from being a successful e-commerce firm in a sheltered market where foreigners cannot directly own telecommunications companies or payment systems. Mr Tsai tells the world that this "innovation" in corporate governance is to "protect the long-term interests of... all shareholders". This, of course, is because management knows what is best for shareholders, and shareholders don't. If this has a familiar ring to it, then the back of your mind is making the analogy with the Party and the people of China.


Luckily, prudence has prevailed, the HKEX did stuck to its guns, despite the inherent conflict of interest (commercially the IPO would be great for the HKEX). Once you cross the line, there is no going back anymore, more and more companies would have asked for exceptions to the rules.


Regarding corporate tantrums, does Malaysia have any? Yes, they do, and, no surprises here, Tony Fernandes is involved (hat tip to the tipster who commented on this):

Is the above tweet rather childish? Yes, I think so. But I do appreciate the fighting spirit and the heart that Tony puts into it. Not sticking to much formality, which one would expect on that corporate level.

I can't find the exact research note by Paul Dewberry, but this comes probably close to it:


Bank of America Merill Lynch’s analyst Paul Dewberry also had concerns on AirAsia’s ability to manage and grow its JVs in a note written in March. “It is noted that Philippines is still making losses and its proposed joint venture in India is likely to consume significant time,” Dewberry wrote.

“While Indonesia had a good Q4 results aided by seasonality, Thai AirAsia remains the star performer among associates due to a lack of domestic competition.” More recently, aviation consultancy firm Centre for Asia Pacific Aviation said on August 27 that intense competition in south-east Asia has already begun to hurt AirAsia’s affiliates in the region.

“While AirAsia still reaps the benefits of first-mover advantage in several of its markets and continues to outperform nearly all of its peers, competition is intensifying,” CAPA wrote in a research report on AirAsia. “Indonesia AirAsia reported both a yield and operating profit improvement for 2Q2013, but it remains by far the least profitable of the group’s original three affiliates. Meanwhile, the group’s newest surviving affiliate, Philippines AirAsia has struggled almost as much as the failed affiliate AirAsia Japan. Even in Thai AirAsia, profits increased in second quarter of 2013, but there was a 3% drop in yields.”

“While AirAsia is well positioned and has the cash to fight back, inevitably profits and yields will come under pressure as competition continues to intensify,” the CAPA report added.
Posted by M.A. Wind at 12:03