MAS and AirAsia fined, but what about the other issues?

The Malaysian Insider (TMI) has an article on the fines that MAS and AirAsia received from Malaysia Competition Commission:

There was no mention of how it would benefit consumers, leading the Malaysia Competition Commission (MyCC) to investigate the now-aborted deal and slap a RM10-million fine on each carrier."


But TMI has more on the story (emphasis mine):


"Perhaps it is time for other regulators and the Public Accounts Committee (PAC) to move in and put Khazanah and other government-linked companies (GLCs) under the spotlight for their business practices.

The PAC should review how these GLCs hire consultants and banks to carry out mergers and acquisitions and other deals that later cost rather than bring in money.

After all, it is public funds that have led to the creation of Khazanah, MAS and other GLCs. And Khazanah's money is in both MAS and AirAsia, and for that matter, CIMB.

Both airlines are public-listed companies. Their shareholders need to know that the share swap was scrutinised to comply with all laws and regulations, not face a fine years later because someone overlooked the anti-trust elements of sharing resources and markets.


And with that I can only agree. I think there is much too much financial engineering going on in Malaysia, which does not create any value to the public or to the minority shareholders. If any value is being made, it is by the controlling shareholders and of course to the consultants themselves, in the form of lucrative contracts.

By the way, I think that the high amount of financial engineering clearly indicates a market top. Malaysia had (and will have) some of the largest IPO's in the world, that does look impressive, until one takes into account that many of these companies are (partly) delisted companies. In other words, again the consequences of (too much) financial engineering.


I wrote three articles that are relevant regarding the controversial share swap between MAS and AirAsia:

AirAsia & MAS: conflict of interest?
Probe on AirAsia, MAS share price trends
AirAsia to MAS: Your Loss is my Gain

Highlighted was (amongst other issues) the conflict of interest for the directors involved.

Imagine Tony Fernandes joining a directors meeting with MAS, where he will hear confidential information regarding important issues like future strategy, pricing etc., and where he has a fiduciary duty to act in the best interest of the MAS shareholders.

Some time later he joins a AirAsia directors meeting where he will again hear confidential information, and where again he is expected to act in the best interest of the shareholders, this time those of AirAsia.

Is it actually possible to do that, act in the best interest of two companies that strongly compete with each other? I strongly doubt it.

Next to that, it is quite common that employees (and definitely the higher management) will have a non-compete clause in their employment contract. Does Fernandes have such a clause, working for AirAsia, being an executive director?

Or are we to believe that MAS and AirAsia borrow the following device from Will Smith to erase Tony Fernandes' memory after each board meeting? 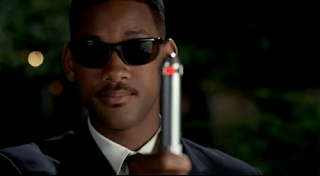