I wrote before about China Stationary's latest accounts, and the many red flags. The company announced amended accounts, correcting the PBT of last year.

Unfortunately, no other changes were made, as far as I can see. Apart from the many questions that I have regarding the accounts (questions that hopefully will be answered in the audited accounts), there is one number that I think can't be right, the number in red, "894,674":

Also, it is much too much coincidence that it would be exactly the same as the number the year before.

However, if the number is indeed wrong, then at least one other number is also wrong, since the numbers have to add up. My guess is that the number below the red number, "455,415", is also wrong. Although the Renminbi did fluctuate relative to the Ringgit, it did so by a small margin, I don't think it can explain RM 455M in "effect on exchange rate on cash and bank balances".

Wishing all readers who celebrate the festival a Happy CNY and a healthy and prosperous 2015. 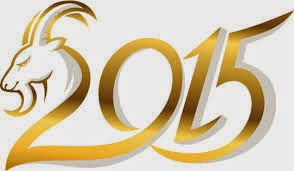