Story in The Edge: "Rejection of shoes a ‘one-off unfortunate event"

And a video can be found here:


This alleged order (I wrote before about this issue) for 3.6 Million pair of shoes must have been by far the largest order in Xingquan's existence. According to the video, it was one of the requirements of the project that inspection and all certification had to be done after the delivery of the last batch.

That doesn't make any sense whatsoever, why this strange requirement?

And why accept the huge order (if the customer really insists on this strange requirement), because the risk must be very high?

Just to put things into context: 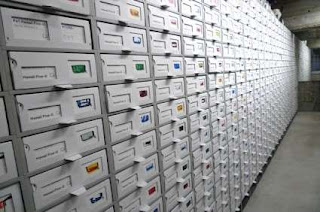 Let's assume that the height of this wall is 20 shoeboxes, and that the length of each shoebox is 1/3 of a meter, then in one meter one can store 60 shoeboxes each containing one pair of shoes. The alleged order was 3,600,000 pair of shoes, in other words:


60 km shoeboxes (uninterrupted), the distance from Kuala Lumpur to Seremban!

Xingquan should prove, beyond any reasonable doubt, checked by reliable, independent auditors:

As long as that has not happened, I just dont believe the story, it is simply too crazy and doesn't make any sense whatsoever.


"Wu said management will explore the possibility of declaring dividends as well. It is understood that this has been demanded by some shareholders. As at June 30, the company had cash and cash equivalents of 1.14 billion yuan."


First Xingquan executed a rights issue, because it claimed it needed extra money, it raised about RM 44 Million with that (I wrote about this strange issue here and here).

Then it blew RM 387 Million in a single quarter (for a good part because of the above alleged screw up), almost nine times the amount raised in the rights issue.

And now suddenly the company "will explore the possibility of declaring dividends"?