The start is promising: 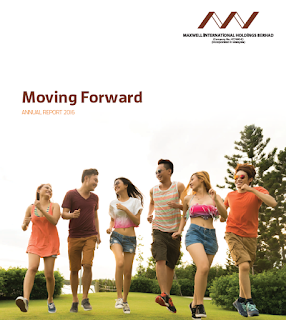 "Moving Forward", interesting motto, but how to move forward when the revenue of the last three quarters has been exactly zero? In other words, the company has ceased all its business.

Regarding its financial position, the company remarks:

"The Group owned a cash and cash equivalents of RM360.673 million (2015: RM366.713 million) with zero debt as at the end of the financial year 2016. The Group has been in net cash position for the past 6 financial years since it was listed on the Main Market of Bursa Malaysia Securities Berhad back in 2011."

That sounds good, RM 361 Million cash, but the accounts are again heavily qualified by the auditors, and again in relation to its alleged cash (among many other items):

As disclosed in Note 10(b) to the financial statements, during the financial year, Jinjiang Zhenxing Shoes & Plastics Co. Ltd., a subsidiary company of the Company, placed RM337.21 million (RMB510.00 million) with an asset management company, Jinjiang Jin Chuang Private Capital Management Co. Ltd., (“Jin Chuang”) (晋江晋创民间资本管理有限公司). The management of Jinjiang Zhenxing Shoes & Plastics Co. Ltd., are unable to provide the relevant information and supporting documents to the Company in respect of the placement of the cash with the asset management company.

We were unable to obtain sufficient appropriate audit evidence on the cash and cash equivalents as at the end of the financial year. Therefore, we could not determine the effect of adjustment, if any, on the financial statements of the Group.

It really seems that the company is dragging its feet in proving that the funds (RM 337 Million) really exist. One possibility (which is rather likely, in my humble opinion) is that the cash is simply not there, it probably never was. It would not exactly be the first time that this would happen to a company from China.

On 14 April 2017, the Company announced that the Company, Jinjiang Zhenxing Shoes & Plastics Co. Ltd. and Maxwell (Xiamen) Co. Ltd. appointed a legal firm in PRC, namely Shanghai Zinger Law Office (上海致格律师事务所) to conduct a special due diligence on Advertising and Promotion Expenses (Note 30.1(1)) and funds placed with Jinjiang Jin Chuang Private Capital Management Co. Ltd. (晋江晋创民间资本管理有限公司) (Note 30.1(2)) and to issue a special legal opinion thereon. As at the date of this report, the lawyer has yet to issue any legal advice on this matter.

I wrote about this marketing issue 18 months ago, why wait so long to appoint a legal firm to conduct due diligence? What have the independent directors and/or the regulators done all this time? Has there been any activity and/or pressure from their side, or do they let the company continue in this rather shameful way?