Maxwell International announced their quarterly results, they were simply horrible, a loss of RM 46 Million.

In the notes we can find the following:

When a company increases its advertisement spending by such a large margin, we expect positive results in sales.

But diving in the numbers, it appears that is not exactly what happened: 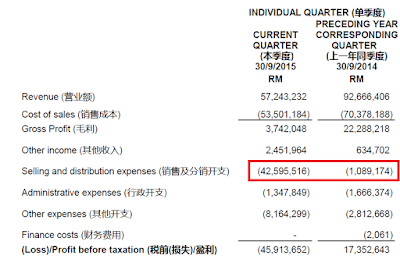 The company increased its marketing spending by a factor 39 (!) compared to the preceding year, but revenue was down 38%, while gross margin went from 24% to a pathetic 6%.

It all doesn't make any sense whatsoever.

I wrote before about Maxwell, about its puzzling transaction in which it bought a company which it gave back to the original owners two years later for free. 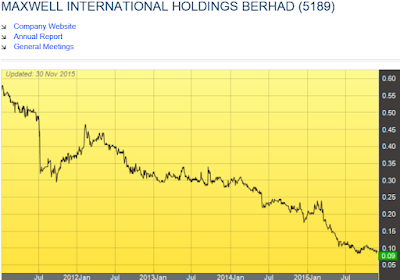