Regarding Alibaba, after calling of the IPO in Hong Kong, most headlines were pretty negative, like this article of Reuters:

"Lauded by many for its principled stance in rejecting Alibaba Group's plans to list shares, the Hong Kong Stock Exchange has left the city's financial community fuming at a lost opportunity, and re-ignited calls for market reforms."

"An inflexible Hong Kong's loss is likely to be New York's gain - as the NYSE Euronext and the Nasdaq OMX Group battle to attract what is expected to be one of the world's largest stock offerings in the last five years."

"This has left Hong Kong's banking community ruing the one that got away, and blaming arcane regulations for missing out on a fast growing Chinese Internet stock - and an IPO fee bonanza."


In the last three words we can find the real reason why those bankers wanted to see the IPO in Hong Kong: money, money and money.


Regarding AirAsia, one kind reader send me the mentioned research report by Paul Dewberry, issued on August 22, 2013 when AirAsia's share price was still RM 2.98 (it is now RM 2.62). He has an "underperform" rating on the company, and a price target of RM 2.30.

The report makes a solid impression, apart from pointing out the lower profits and the increased competition from Malindo, it also mentioned a negative reinstatement of RM 1.1 Billion.

Readers of this blog will most likely know that I was never a fan of AirAsia's aggressive accounting (like the deferred tax issue) nor the way of dealing with its many subsidiaries and sister companies (implying a huge amount of Related Party Transactions).

The most important paragraphs from Dewberry's report: 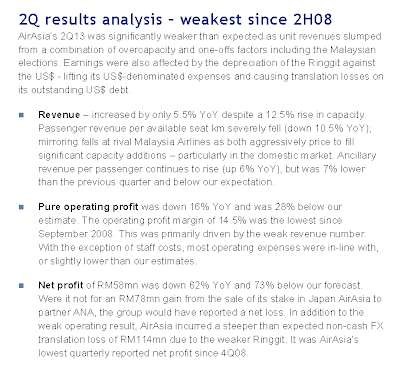 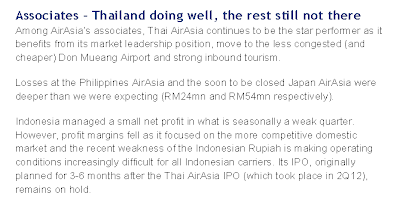 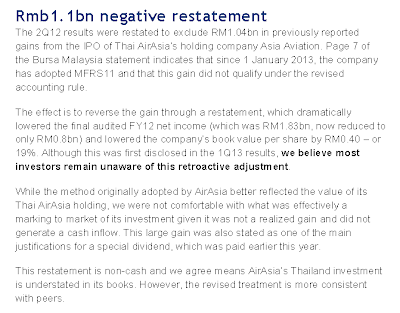 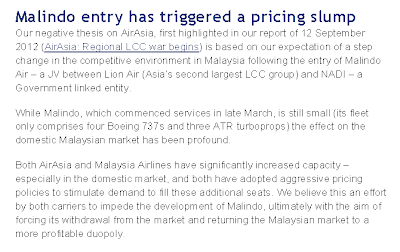 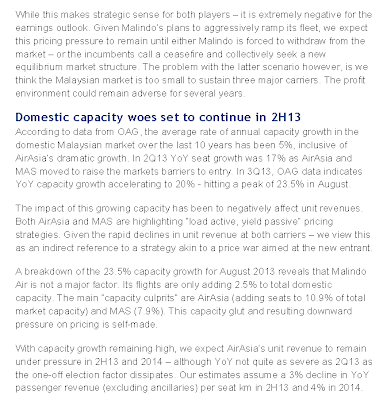 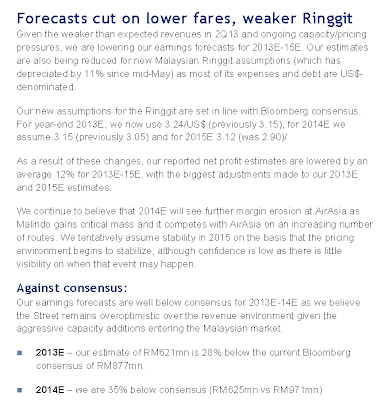 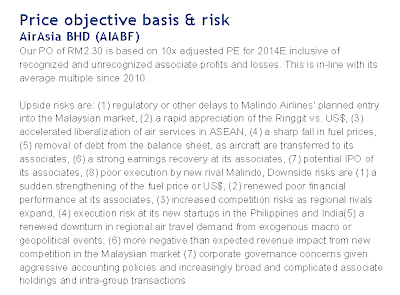 The share price of AirAsia has been under some pressure lately: 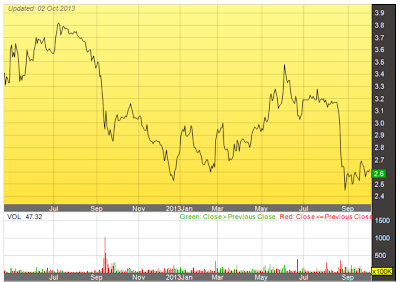