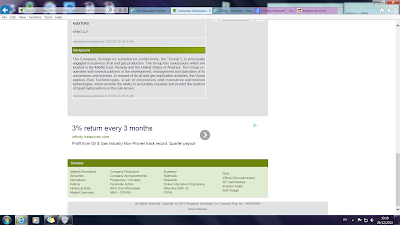 I was rather curious about which company can guarantee 3% per 3 month in the current climate of uncertainty.

The website of Infinity Treasures can be found here.

I expected a list of managers with their proven track records, lists of long term investment returns of the past, lists of concrete assets that the funds own, detailed year reports, auditors and trustees etc., but I didn't.

Instead I did find many pictures of happy smiling people, and returns offered that sound simply too good to be true: 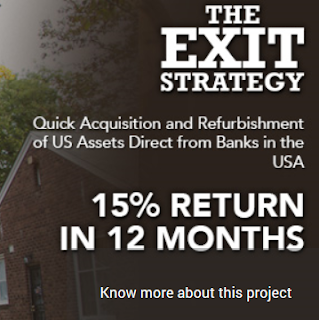 High returns are always accompanied by high risk, but there is no mentioning about risks.

As a personal choice, I avoid these kind of investments like the plague, these investments are sold (not bought), often the hard way.

My curiosity increased further when I looked at the website of MAS (Monetary Authority Singapore) at their investor alert list: 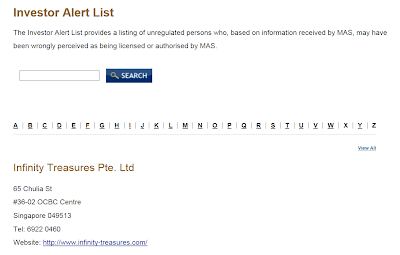 Infinity Treasures is listed on the MAS Investor Alert List!

Going back to the SGX website, a detail popped up as my mouse went over the small blue triangle on the right:

In other words, the advertisement is ran by Google AdSense. According to Wikipedia:


"Google AdSense is a program run by Google that allows publishers in the Google Network of content sites to serve automatic text, image, video, or interactive media advertisements that are targeted to site content and audience. These advertisements are administered, sorted, and maintained by Google, and they can generate revenue on either a per-click or per-impression basis."


Does the SGX really need the money of AdSense that they allow on their website targeted advertisements selected by Google (not by SGX), which might include advertisements for websites that are on the Investor Alert List of the MAS?

Frequent visitors of my blog know that I am very much against privatizing stock exchanges (including Bursa and SGX). Stock exchanges should not be about maximizing profits for their shareholders, and thus should never have been listed in the first place.
Posted by M.A. Wind at 11:16