Branson: Behind the Mask

I can't walk into a book shop without running in one of the many books written by Sir Richard Branson, with often rather catchy titles, like:

Losing My Virginity: How I Survived, Had Fun, and Made a Fortune Doing Business My Way
Like a Virgin: Secrets They Won't Teach You at Business School
Screw Business As Usual
Business Stripped Bare: Adventures of a Global Entrepreneur
Screw It, Let's Do It: 14 Lessons on Making It to the Top While Having Fun & Staying Green
Reach for the Skies: Ballooning, Birdmen, and Blasting into Space

I love to read business books, but have never read any of the above, I guess the title already put me off.

However, I might make an exception (I have not yet read it) for the following book, which is not written by Branson (or one of his ghost-writers), but by Tom Bower:

Branson: Behind the Mask 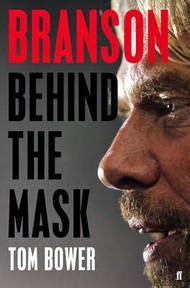 David Runciman wrote a review about the book, some snippets:


Richard Branson is the mirror image of a Russian oligarch. This is not to say that where they are bad, he is good. If even half the things in Tom Bower’s new biography are true, Branson is far from being good. He is playing the same game as his Russian counterparts, but it’s the looking-glass version. Where they do their best to avoid the glare of publicity, he thrives on it. The oligarchs who got rich by seizing the spoils of the post-Soviet economy sometimes have to pretend to be poorer than they really are, so as not to rouse public fury at the scale of their heist. Branson pretends to be much richer than he really is. He loves to flash the cash, often in the form of charitable pledges and absurd boasts about future profits. He once promised $3 billion over ten years to the Clinton Global Initiative in an off-the-cuff remark at a fundraiser. Clinton dragged him up on stage to give him a hug, many of his staff wept at his generosity and the papers reported the figure as if it bore some relation to reality, yet it was more than the earning power of all Branson’s businesses combined. Needless to say, nothing like that amount has been donated.

Where Russian oligarchs do everything in their power to keep journalists out of their lives, Branson asks them in, often literally, inviting them to his holiday homes and showing them a good time. He likes to brag about his drug use and his sexual appetites. He treats the personal space of the young women around him – constant props in his endless publicity stunts – with the sort of disregard you’d expect from a 1970s disc jockey rather than a successful 21st-century businessman. No one would mistake Richard Branson for Roman Abramovich, any more than they would mistake Joan Templeman, the second Mrs Branson, who has almost no public profile, for Dasha Zhukova, Abramovich’s current squeeze, who most recently appeared in the papers perched imperiously on a chair made to look like an inverted, near-naked black woman, an image published on Martin Luther King Day. Abramovich, with his dislike of unnecessary publicity, was not amused. In the Branson household, it’s the man himself who can be relied on to do this sort of thing. The photo on the back of Bower’s book shows Branson sitting on the steps of one of his planes wearing shorts and a T-shirt that says ‘Now Boarding’. A few steps higher up are two women in bikinis whose bottom halves are emblazoned with the slogan ‘Down Under’. Branson has a cheeky grin and a thumb pointed at each.

Still, it’s the same game. Like the Russian oligarchs, Branson has made little of his money in the white heat of market competition. He prefers to avoid competition when he can. His business strategy is to get as close as possible to the people with power and then exploit the connection for all it’s worth. As Bower reports, Branson’s record in launching new products and breaking into competitive markets is pretty lamentable. The Virgin brand has been attached to a wide range of things – from cosmetics to cola to Formula One racing cars to retail outlets to reality TV shows to alternative fuels – that have either failed to sell or failed to work or both. Many of these products were complete turkeys. Branson’s racing car barely got off the grid (his designers had come up with a vehicle whose fuel tank was too small to run at full speed for an entire race; his team finished its two seasons in Formula One bottom of the constructors’ table). His TV show, designed to compete in the US with Donald Trump’s The Apprentice, bombed because no one wanted to watch a smug, tongue-tied Brit pretending to be a serious entrepreneur. The programme was called The Rebel Billionaire: Branson’s Quest for the Best and the idea was to put contestants through a series of stunts to test their mettle. These included getting them to dance naked on stage and to walk on a tightrope strung between two hot-air balloons. All very Branson – it’s the kind of thing he does all the time – but viewers found it hard to see what any of this had to do with the real business of business. Trump relished the show – it made him look like a genius.

For Branson, business is a stunt. He has made his fortune out of the regulated parts of the economy, which he has milked to extract government subsidies, tax breaks, licensing agreements and protected income streams. Transport works for Branson – trains as well as planes – because it rewards the person who gets the routes. How do you get the routes? By persuading government officials and industry regulators to give them to you. Virgin Atlantic sells itself as a sexy new way of flying, but it’s all about the guaranteed profits that come from having the lucrative transatlantic slots at Heathrow. Branson’s modus operandi is to identify and target industries that he claims are being run as monopolies. He presents himself as the man who introduces competition by shaking the industry up with his innovations. For years he mocked British Airways as a protection racket. But once he has a foothold, he does everything in his power to exploit the closed shop he has inherited, suing his rivals, pushing up the barriers to entry, sucking up to politicians, cosying up to his former enemies.


The full article can be read from the above link.

Branson has been featured before in this blog: "AirAsia X: IPO poses many questions".

"It must also be noted that Virgin Group (Richard Branson) invested in AirAsia X in 2007, but did not participate in the subsequent rights issue in 2010, according to The Edge. Also, he sold his 10% of the company allegedly for more than USD 21M, valuing the whole company at more than RM 650m." 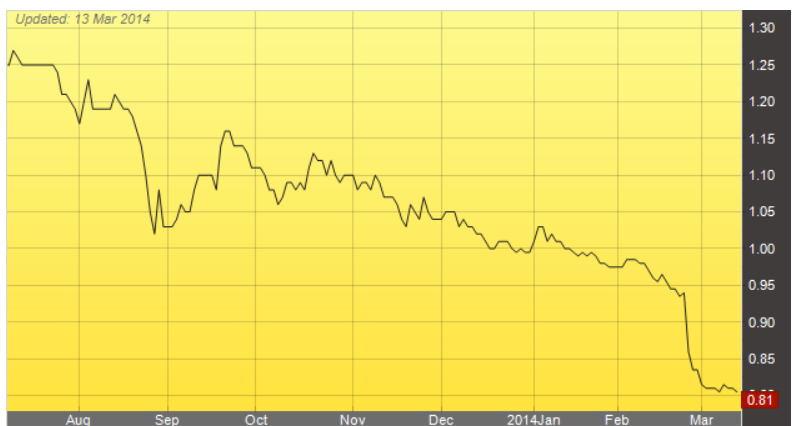 With AirAsia X posting rather bad results (corrected for one-off items and deferred tax assets it has yet to show a profit in any single year) and the share price diving, Branson, despite all the above criticism, might have been right on this one by selling out, although it is still (much) too early to tell.