Events have really progressed fast for this company that had once a yearly revenue of RM 600 million, and a decent market cap.

It is only about one year ago (June 20, 2013) that the company announced that a receiver and manager was appointed.

What is left is a bunch of general announcements, that don't shed any light on what really happened: 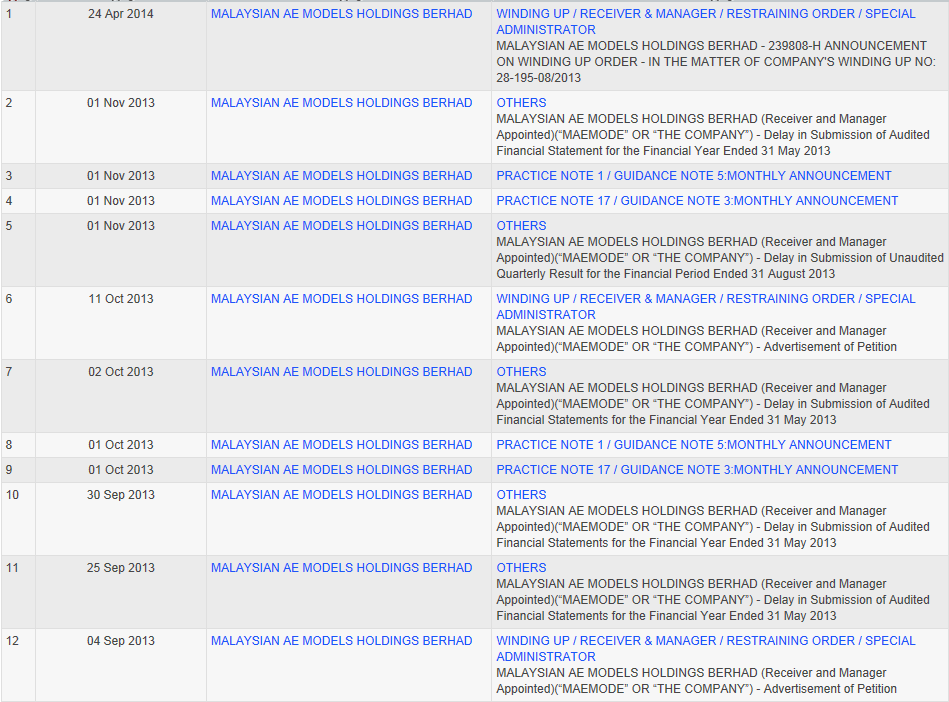 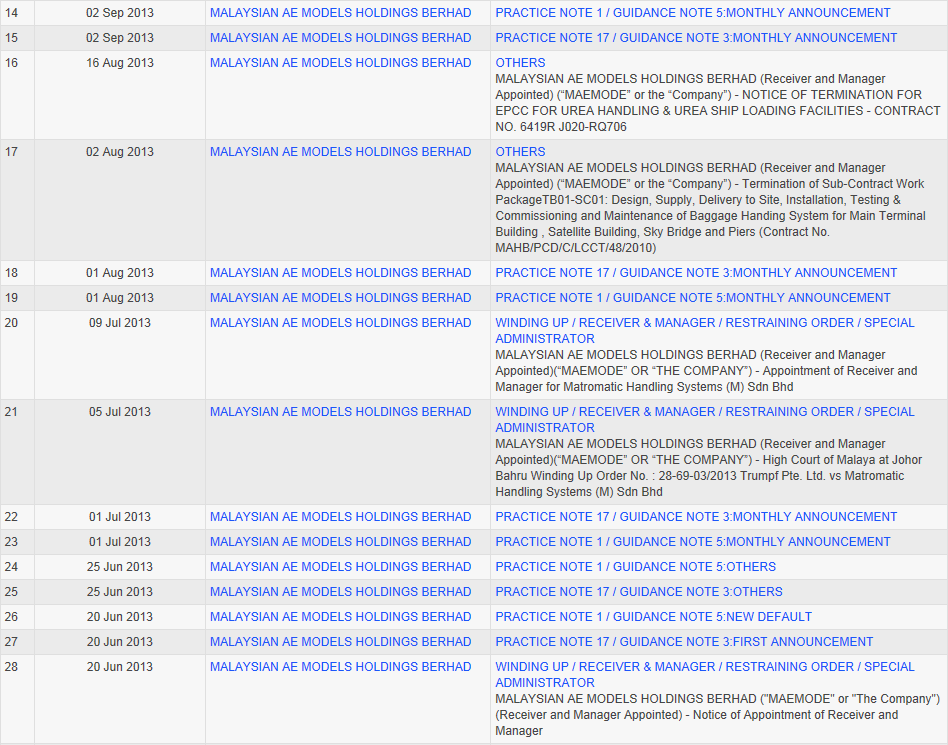 Will the shareholders of Maemode and the public in general ever know about the exact events that led to the rapid collapse of the company? Are they not entitled to know?