Poker champion Phil Ivey is going all-in to get back his disputed winnings at Crockfords casino in London.

Ivey is suing the casino for $12.1 million, the amount he won playing Punto Banco at the exclusive gambling club in August 2012.

Ivey's legal team filed Tuesday at the High Court in London, according to a press release from his representatives. Ivey said in the release that he was given a receipt for his winnings, but that they were never delivered. “I am deeply saddened that Crockfords has left me no alternative but to proceed with legal action," he said. 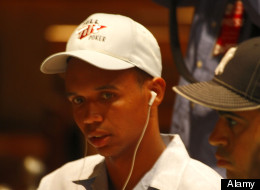 The matter drew much attention last summer when the high-rolling Ivey began playing Punto Banco, a baccarat variation that relies on luck, and fell $800,000 in the hole at Crockfords, which is owned by Malaysia-based Genting Group. But he and a female companion launched an impressive run over the next two nights to build their profit to a then-reported $11.7 million, apparently arousing the suspicions of the casino management. Investigators reportedly interviewed employees who worked during the run and examined surveillance video and the cards.

But the casino has never publicly accused Ivey of any impropriety, telling the press it wants to keep the matter private.

UPDATE: Crockfords released the following statement to The Huffington Post through a spokeswoman:

In line with our customer privacy policy we do not comment on matters involving individual members. However in this rare instance we are able to confirm that our position, which is supported by strong legal advice, has been made very clear to Mr Ivey’s solicitors from the start. We shall be filing our defence shortly and defending this claim vigorously.


The above article is from Huffington Post. The amount involved is quite substantial, even for a large organisation as Genting. Phil Ivey is a well respected poker player and if Crockfords had any indication there was cheating involved surely they would have notified the police. It will be interesting to follow the developments, in the court case both sides have to reveal what exactly was going on.
Posted by M.A. Wind at 10:21