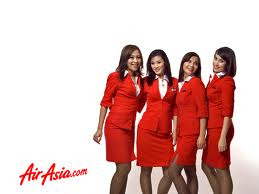 "Low-cost carrier AirAsia Bhd will only start equity accounting its share of profits from Thai AirAsia (TAA) and Indonesia AirAsia (IAA) when the amount of unrecognised losses from these associates have been reversed, the airline told StarBiz."

"Analysts added that another consideration would be the impending listings of TAA and IAA, which would see an equity injection and allow them to re-capitalise."

"AirAsia had previously drawn criticism from many parties as to why it never equity accounted the losses suffered by its associates and there were calls for greater transparency over the financial numbers recorded by the associates. The airline subsequently explained that with AirAsia having written down to zero its investments for both TAA and IAA in AirAsia's balance sheet, it did not need to recognise any further losses made by TAA and IAA as it had no accounting obligation to make good on those losses."

I find the AirAsia's accounting much too aggressive. Thai AirAsia and PT Indonesia AirAsia are two strategic investments in which AirAsia has a large share (almost 50%) and to which AirAsia is lending large amounts of money. Conservative accounting would really require these losses of RM 254 million to be accounted for.

There are several possible outcomes, in each of it AirAsia has to take the loss:
There is still the other accounting issue, AirAsia has booked as "profits" RM 659 million deferred tax assets. This is tax it does not need to pay in the future if it makes profit. Again, a very aggressive way of accounting.

In other words, AirAsia is not accounting for losses that have occurred in its strategic investments, but it is accounting for possible future profits.