Syed Mokhtar "old habit that has to change"

In The Star of today an article about the new book: "Syed Mokhtar Albukhary, A Biography" 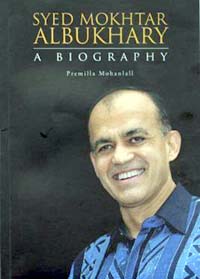 He also answered the issue of the shareholding structure of his companies that could not be traced to him, acknowledging “it is an old habit that has to change.”

The question is, why hasn't he changed this "old habit"? It has been many times criticised and is so easy to cure. Just start reporting all the holding companies, problem solved, it can't take much more than a few hours to do so.

And why are the authorities not taking any action in this matter? They can easily put pressure on Tan Sri Syed Mokhtar Albukhary to start reporting the structure of his holdings. Knowing the shareholding structure of companies is essential for good corporate governance.


But the media is still biting on Syed Mokhtar and, in some ways, he is to be blamed as he has never made himself available to journalists, preferring to let his aides do the talking. In fact, bankers also complain that he never meets them!

Syed Mokhtar never meets his bankers? That is rather surprising, given the amount of money that they have lend his companies. MMC alone had per June 30 2012 loans exceeding RM 21 Billion.


Although the book is, no doubt, a public relations exercise

The publisher PVM Corporations is a pure Public Relations company. Everybody can hire one to write a nice, friendly story. But what Malaysia really needs is investigative reporters who dig deep and report the information in an unbiased way based on facts.

Several companies of Syed Mokhtar have had clear CG issues in the past, two previous blogs I wrote about MMC are here (which ironically contains a very sharp article about Syed Mokhtar by the same The Star "How to become very rich in Malaysia") and here.

Much more, well written blogs from Ze Moola can be found here.
Posted by M.A. Wind at 17:01