I wrote about the Carrian scandal before: here and here.

I wrote before about successful Malaysian fund manager Cheah Cheng Hye, founder of Value Partners based in Hong Kong.

But what I didn't know was that these two items are connected. In "The Value Investors" by Ronald Chan, it is mentioned that Cheah was a journalist in 1983 with the Wall Street Journal Asia:


"... while investigating red-hot Hong Kong-based conglomerate Carrian Group, Cheah discovered that the company had incomprehensible accounting practices and was involved in strange dealings with Bank Bumiputra Malaysia. The company soon collapsed amid a chain of dramatic events, including accounting fraud allegations, the suicide of a company advisor, and the murder of a Malaysian bank auditor. Cheah's resulting story in the Asian Wall Street Journal was an impressive combination of crime investigation and in-depth analysis of the company's financials."


This is just one of the gems in the above mentioned book: 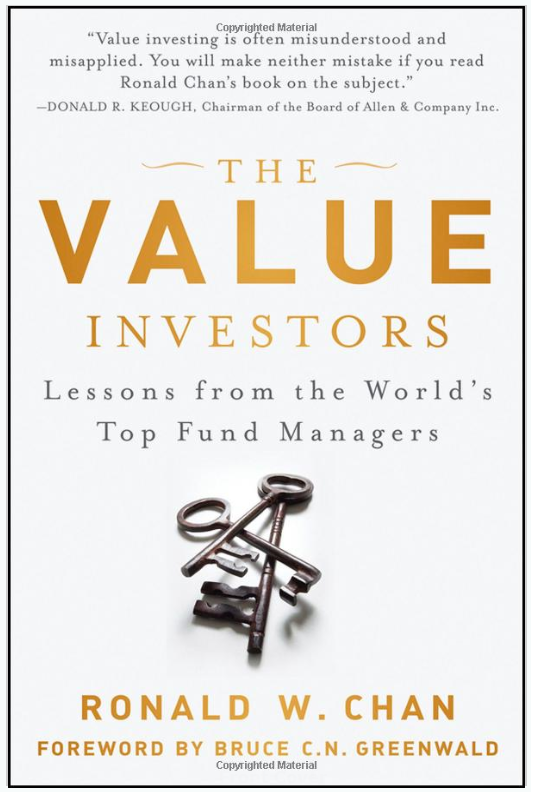 I have lamented that almost all investing books centre around Wall Street, that there is hardly any book dealing with markets in Asia or Europe. The above book makes a refreshing change in that.

The Asian component is clear in the last five fund managers, two of which (Teng and Cheah) were born in Malaysia. Teng is running the Singapore based Target Value Fund, about which I wrote here.

Cheah's reasons to set up an own fund are described as follows:


"Honestly, I had become a little fed up with the finance industry and wanted to do my own thing because the industry was, and probably still is, full of what I call 'financial pirates'. These individuals join finance not because they are passionate about investing, but because they have the 'money disease'. Because they think the industry will enable them to make a lot of money, so instead of becoming engineers or lawyers they become bankers. They are a disgrace to human civilization because they contribute nothing!"


Walter Schloss was interviewed for the book a few months before he passed away on February 19, 2012 and the views he provides reflect the wisdom gained over a long and successful life.

An interesting book for people who like to read about fund managers from all over the world, their biography, what drove them to become value oriented and issues like: humility, being contrarian, margin of safety.

This book is not meant for people who like to read about concrete (valuation) techniques or even stock tips.

I hope to read more of these books, especially with an Asian component in it.
Posted by M.A. Wind at 11:32