"A threat to one’s life, a police report, alleged irregularities and a cover-up all seem the ideal ingredients for an interesting movie script. Only in this case, they are believed to be actual events in the run-up to the listing of Icon Offshore Bhd, an Ekuiti Nasional Bhd-controlled (Ekuinas) company. According to sources, the company, which is scheduled to list its shares on June 25, has had to address these issues in recent months. Its prospectus was launched on May 30.While these issues are not expected to derail or delay the offshore support vessel OSV) provider’s listing debut, it does raise questions that all was not well in the company and whether these issues have since been addressed. Based on documents obtained by FocusM, a police report was lodged on Jan 15 by a Petronas Carigali Sdn Bhd senior official over threats to his life following his alleged discovery of several irregularities in Icon Offshore." 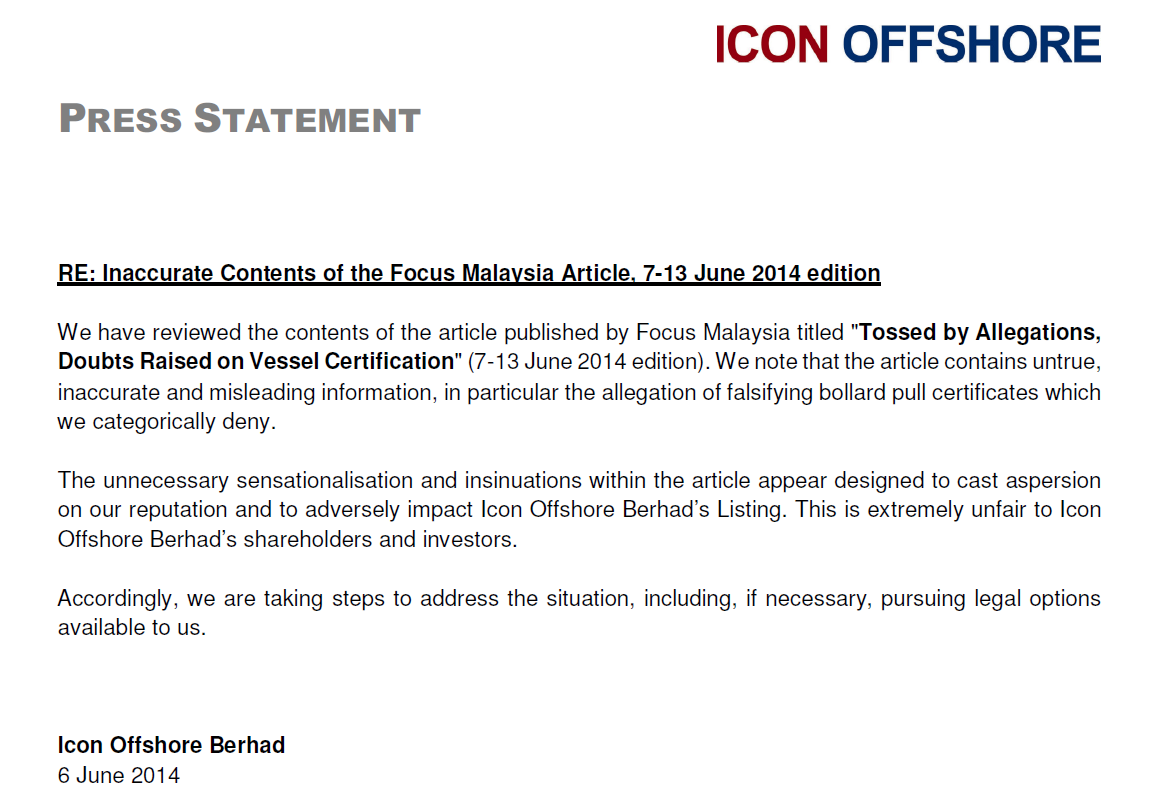 We have to wait how this story will evolve.

Regarding the IPO, I don't have much of an opinion, it looks rather pricey to me both versus the historic PE and its NTA. The "hot" story of Oil & Gas (and PETRONAS' future plans) seems to me to be overdone. All industry players keep on increasing their fleet (Bumi Armada just announced a huge rights issue), surely that can't go on for ever, and at one day might lead to increased competition and margin depression. The numbers from POSH (in the same industry as Icon Offshore) showed that its utilisation rates are dropping, that seems quite worrisome to me for the whole industry.