One kind reader pointed me at the following book: 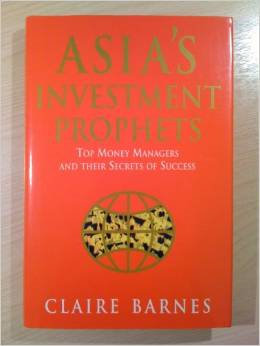 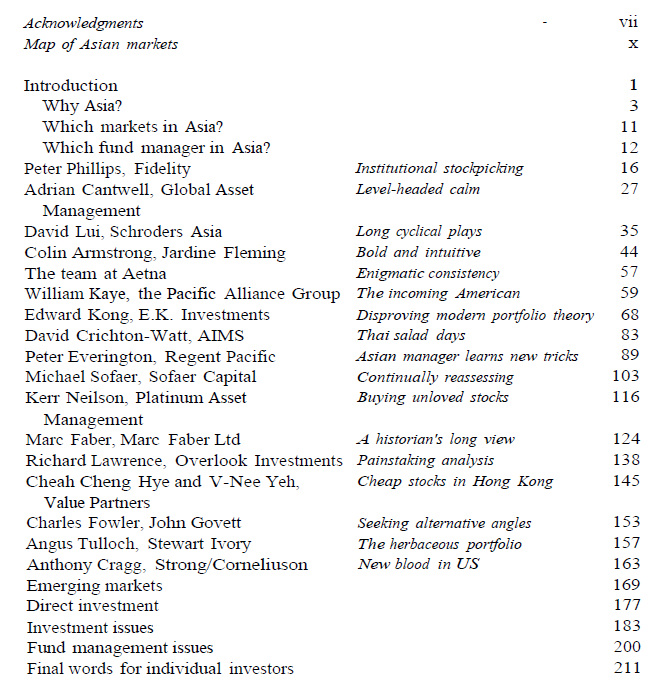 The book (written in 1994, published in 1995) seems to be out of stock. I noticed some second-hand prices which seem to be on the high side, readers might want to try their luck at a larger library. Unfortunately, I have never owned or read the book, but found the following review by "Henry":


While a little dated now, in the style of John Train's "Money Masters" books, this tome recounts the modus operandi of consistent stand-out-performance investors in Asia. It includes some well know subjects (eg Dr Doom, Marc Faber) and some less well profiled. The author herself could easily be among them - for she later formed an open ended Asian fund which over the last 12 years has compounded at a rate of more than 28% pa (hence my interest at this late stage in reading her work).


Interesting is the following post, "Nuggets from my book", written by the author herself (December 1998), after the Asian crisis but before the internet implosion.
Posted by M.A. Wind at 10:40