Article from The Edge Markets, some snippets:


The Ministry of Finance has tabled an amendment to the Retirement Fund Act 2007 that will see the removal of Bank Negara Malaysia (BNM)'s sole representative from the Investment Panel set up under the law.

A new section was also added to penalise any person who sits in any meeting of the fund’s Board, Investment Panel or any of its committees who discloses any information which is not published.


Malaysia is the country with the highest Power Distance Index in the world.

One of the many implications of that is that from time to time things seem to go well, and then "something" will blow up in a massive way. Toeing the line, not wanting to rock the boat are common treats in a country with a high PDI score. Because of that, scandals seem to be larger than in other countries, where they tend to bust more early.

To counter this, a few methods can be recommended:


BNM is the institution that I have the highest in Malaysia, they seem to be able to hold the line and stay (relatively) independent.

Because of this they could be an ideal partner in investment panels, to give their take on decisions.

The new amendment seems to counter this. The worry is that instead people are chosen who seem to be credible on paper, but who will simply toe the line.

Penalizing persons who disclose information might be a another step in the wrong direction, this time regarding transparency and whistle-blowers.

I am a big fan of the book "Antifragile" from Nassim Taleb, which deals with:

"an investigation of opacity, luck, uncertainty, probability, human error, risk, and decision-making in a world we don’t understand".

That looks highly relevant to the decision making process in Malaysia. 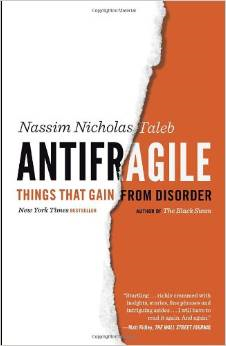