Cliq Energy announced the result of the fairness opinion by the independent valuation expert, Deloitte.

First of all, "good old" DCF is used. As usual, a long list of assumptions, some of which are very important: 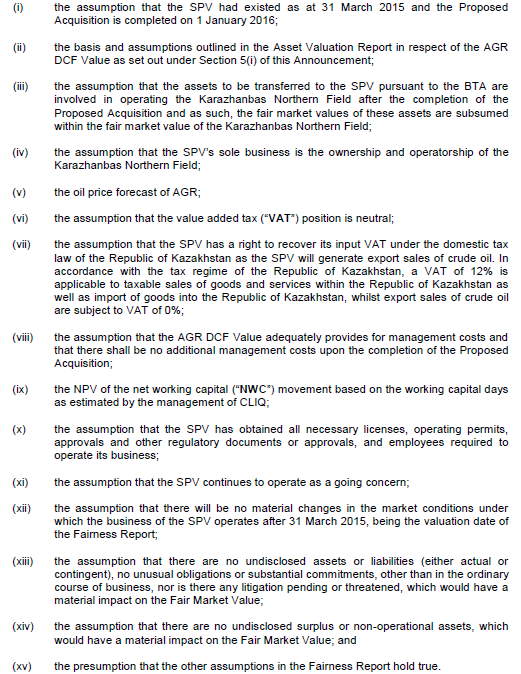 Secondly, the result of the valuation is presented:

While the outcome of a DCF calculation can hugely change according to which parameters one uses, the final range of 113M to 124M falls "exactly" around the purchase consideration of 117M. Too much of a coincidence?

As usual, no details of the DCF are given, so we can't check anything of the actual calculation.

As often described in this blog, I don't like DCF valuations based on a huge amount of assumptions, some of which (for instance the amount of reserves, the price of oil, political/regional conditions, etc.) would alter the result by a huge margin.

Just to detail one aspect, how can one calculate the uncertainty of investing in a country like Kazakhstan? I honestly have no idea how to incorporate country or regional risk in an objective way in a DCF calculation.

On a more positive note, a comparison with similar deals is presented, something that makes much more sense to me: 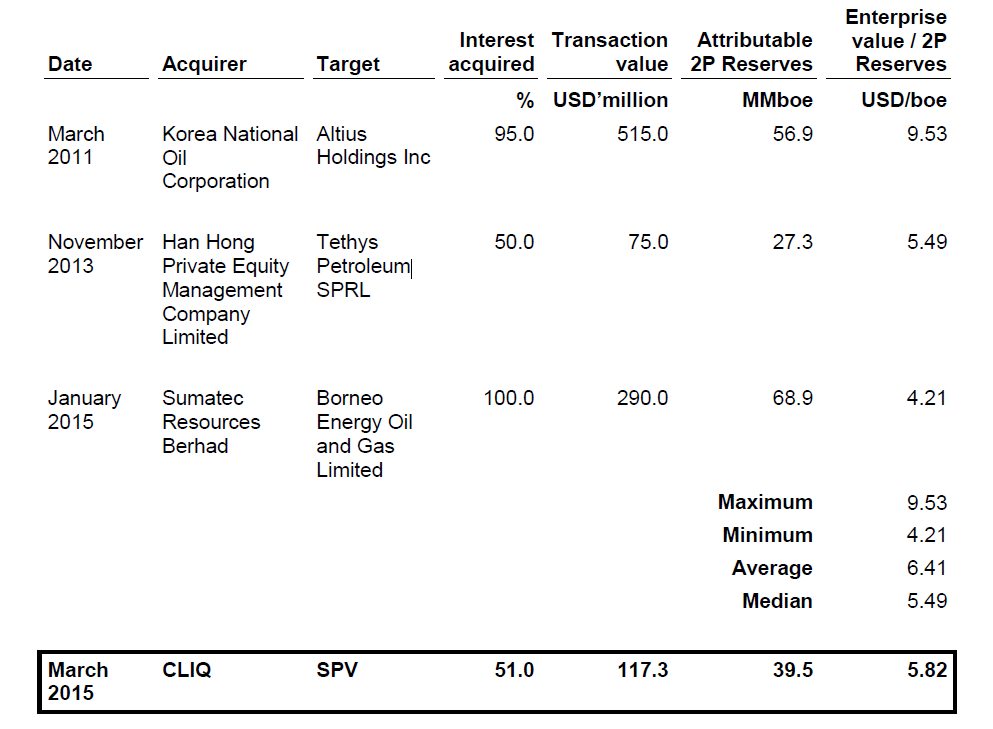 The average price per boe (barrel of oil equivalent) of the three deals is USD 6.41, while Cliq only pays USD 5.82, that looks good.

But the most recent deal done is by Sumatec Resources (relevant since the price of oil and market conditions were similar to Cliq's) was done at a price of only USD 4.21 per boe. The question is why does Cliq pay 38% more per boe than Sumatec?

Unfortunately, there are no other details regarding the three deals, and how they compare to the proposed deal of Cliq (for instance the existence of assets or liabilities other than the oil reserves in the target companies).

The evaluation of Deloitte is that the deal is "fair and reasonable", which is no surprise because it was more or less announced before by the CEO: