The year is almost over, but a nice surprise:

I have blogged a few times about this issue before:

I never liked this deal from the start. I find it simply unfair why certain persons receive RM 2.30 per share and others only the market price (that time around RM 1.59 per share). A share is a share, there is simply no difference at all.

I also never liked the way the persons involved talked about this deal (in interviews in The Edge). They did not one time mention the rights of minority shareholders, as if they simply didn't exist. It came across as very arrogant.

I also didn't like how Sime Darby announced two directors for E&O on November 29, 2011, one month after the SC judged about Sime Darby not having to make a General Offer for all shares. They first want to show they don't have any control, but after the judgment they "silently slipped in two directors".

I also didn't like the logic behind the case, if RM 2.30 is such a good price for a share, why not make a General Offer for all shares? And if it is not a good price, why bother, why not just buy shares at the market for a much lower price?

Together with the remaining shares of the people involved in the deal Sime Darby has clearly control over the company. Since those people received very high prices for the shares they sold to Sime Darby, they might side with Sime Darby and vote in a block.

I also didn't like the way the Securities Commission (SC) explained their decision, it is a complicated matter that deserved more explanation.

The only things they have done recently is put some less known directors in jail, increased the fines and punished some insider trading (for very low amounts, without admitting guilt, in cases that were many years old). In itself good, and an clear improvement compared to the past, but still very far away from an ideal situation for Minority Shareholders.

The sad things is, I think there are good people inside SC and BM. SC and BM also really want to promote Malaysia as an international destination for foreign fund managers. But eventually, both SC and BM will always side with the powers that be. Completely in contrast with their own mission statement: 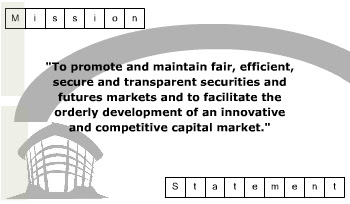 Malaysia still has a very long way to go. But may be this case can bring some much needed realism back with the authorities. I hope the minority shareholder will win, that will be an encouragement for others to follow suit. And may be one day SC & BM are really changing for the better. It is long overdue, and I can talk from my own experience.

KUALA LUMPUR, Dec 23 — A minority shareholder of E&O Bhd is suing the Securities Commission (SC) for failing to compel Sime Darby Bhd to make a general offer for all the shares in the property developer after the conglomerate acquired a 30 per cent stake in August for RM776 million.


Singapore’s The Straits Times reported today that Michael Chow Keat Thye, a minority shareholder of E&O, is seeking to overturn the waiver granted to Sime Darby by the industry regulator, which he maintains was “irrational and one which no reasonable body would have reached”.

The newspaper described the legal challenge as a rare display of minority shareholder activism in corporate Malaysia with far-reaching implications.

“Should Mr Chow succeed in his suit, Sime Darby would be compelled to make a general offer for the E&O shares it does not already own, an exercise that would cost the plantation-based conglomerate an additional RM2.6 billion and put a major strain on its internal financial position,” the newspaper said.

Chow’s lawyer, Datuk Shafee Abdullah, told The Straits Times that the High Court has decided there are legal grounds to review the SC’s decision on the E&O deal.

“We have obtained leave from the court to seek a judicial review and we will be filing our papers this week on the SC,” he said in a telephone interview with the newspaper. Shafee added that the SC would then have to refute the grounds raised by his client in the suit before a High Court judge.

“Under judicial reviews, cases are usually heard quickly. So we expect to be in court soon,” said Shafee.

Sime Darby purchased its controlling 30 per cent interest from three major shareholders, including Singapore’s GK Goh Holdings, at the end of August in a deal that valued E&O shares at RM2.30 apiece.

The purchase price represented a 60 per cent premium over the value of the shares in the company on the open market when the deal was announced.

The newspaper also said the minority shareholder suit is also likely to stoke growing concerns over corporate governance issues in Malaysia and renew criticisms against the SC over its supervision of the capital markets.

The E&O deal had triggered unease over the widely perceived coddling by the SC of large state-controlled companies at the expense of minority shareholders when exercising its authority on corporate takeovers.

A similar controversy is brewing in the proposed takeover of a commanding 43 per cent interest in national car manufacturer Proton by conglomerate DRB-Hicom, a group controlled by the politically well-connected Tan Sri Syed Mokhtar Albukhary, the paper added.

Last week, former prime minister Tun Dr Mahathir Mohamad, who is Proton’s adviser, publicly gave his backing for DRB-Hicom’s proposal to buy the stake from state-owned Khazanah Nasional and suggested that the deal should be structured in a way that there was no need for a general offer for publicly listed Proton.

On a separate level, the legal suit could renew debate over the SC’s handling of alleged irregular trading activities, the newspaper reported. The E&O deal has put SC chairman Tan Sri Zarinah Anwar in a tight spot as her husband, who is also the E&O chairman, raised his personal stock holdings in the company just weeks before Sime Darby announced its proposed acquisition of the 30 per cent interest in the company.

In previous queries with regard to the trading in E&O shares, a spokesman for the watchdog agency said it was “examining all transactions in the Sime Darby-E&O deal”.

“The SC’s investigation into the trading of E&O stocks is still ongoing,” he added.

Malaysia’s takeover rules stipulate that any party that acquires more than a 33 per cent interest in a publicly listed entity must carry out a general offer for the remaining shares. A general offer can also be triggered if a new party buys less than 33 per cent but secures management control of the target company.

Sime Darby’s block is below 33 per cent, while the collective shareholding of the three main shareholders of 41.7 per cent was cut to 11.5 per cent under the deal. Six weeks after Sime Darby’s purchase, the SC ruled that the plantation-based conglomerate did not have to make a general offer.

Chow is arguing otherwise and is seeking a court ruling to force the SC to revoke the waiver for a general offer. In his affidavit, he contended that the premium Sime Darby paid for the E&O block was clearly to obtain control of the company.

“If obtaining control of the company (E&O) was not the basis, motive or reason for Sime Darby’s acquisition, then it would have acquired the company’s shares over a period of time in the open market at a considerably lower price,” he stated in his pleadings to the High Court.

He also contended that Sime Darby’s equity interest “eclipses the combined shareholding of the next 30 biggest stockholders” and any denial by the conglomerate that it has a controlling stake in E&O would be “absurd”.

To further buttress his claims, he highlighted a collaboration agreement between Sime Darby and E&O.

In his affidavit, Chow noted that E&O had 20,302 recorded stockholders in the company.

“Except for the three privileged vendors who sold their controlling stake in the company to Sime Darby and managed to reap more than a quarter billion ringgit in premium, the rest of the 20,299 stockholders suffered a collective loss of more than RM678 million,” he stated in his affidavit.
Posted by M.A. Wind at 21:38