Everything Must Go! The Great European Fire Sale

This could turn very big and nasty. The debt problems in Europe are huge. Finally, 3 to 4 years after the global economic crisis, some sense of urgency has set in and governments are deleveraging after having lived way beyond their means. The amount of government bonds that have to be rolled over before the end of the year are staggering, I have seen estimates of over two Trillion Euro: 2,000,000,000,000.00. 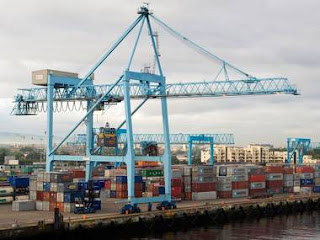 All over Europe, nations have been looking for a quick, innovative way out of the debt trap. Unfortunately, they've all had the same idea. Tom Bawden explains, while Charlie Cooper anatomises the great European fire sale

What do Rome's 2020 Olympic bid, Portugal's Shrove Tuesday carnival, Greece's sunlight, Ireland's National Stud, Spain's national lottery and Britain's national air traffic control service have in common? Answer: they are all being either sold or cancelled by European governments desperate to whip their public finances back into shape after a decade of living beyond their means.

Such measures would once have suggested incomprehensible panic. Now everyone's at it. It would have been more surprising if Mario Monti hadn't called off an Olympic bid that could have swallowed up €9.5bn (£8bn) that his near-bankrupt nation didn't have.

But it's not just radical belt-tightening that we're seeing. A remarkable number of nations are also doing the equivalent of selling the family silver, in a Europe-wide fire sale of state assets with no obvious precedent.

Greece is probably the Continent's biggest auctioneer, with an estimated €50bn of assets up for sale (see far right). But others have had the same idea. Ireland, for example, is considering the sale of billions of euros of assets, from Dublin's historic port to the Irish National Stud horsebreeding operation.

Spain is looking to raise cash by offloading, among other things, two major airports and a large chunk of its most famous lottery ("El Gordo", or "The Fat One").

Britain is hoping to convert the Government's 49 per cent stake in National Air Traffic Services into ready cash, along with the BBC's "doughnut" Television Centre, in West London, and the iconic Admiralty Arch. The latter, on the edge of Trafalgar Square, is expected to fetch £75m and be turned into a hotel. The Ministry of Defence and the Foreign Office are also planning spectacular disposals of assets to plug holes in their finances. (And that's without mentioning the sales that have already taken place, such as that of the high-speed rail link from London St Pancras station to the Channel Tunnel, which went to a pair of Canadian pension funds for £2.1bn in November 2010.)

These desperate remedies might seem ambitious at the best of times – but this isn't the best of times. Most nations in Europe urgently need need to get their finances in order, and most have had the same idea of raising some quick cash through fire sales. And if everyone puts things up for sale at the same time, it is bound to depress prices.

That may explain why there's such a gap between the headline figures that get reported when mooted sales are announced and the sums that are actually raised. Greece, for example, has so far raised a mere €180m of its declared target of €50bn.

Yet there should, ultimately, be no shortage of buyers. China is looking to invest its riches in every nook and cranny of the world, while governments in the Middle East still seek to spend their oil wealth.

It is hard to know whether to feel cheered or depressed by this prospect. On the one hand, anything that can speed our escape from debt is to be welcomed. On the other, family silver, once sold, remains sold. As our economy is increasingly sidelined by China and India, there is a strong danger that things will never get back to the way they were.

Email ThisBlogThis!Share to TwitterShare to FacebookShare to Pinterest
Labels: europe