The saga that started about 22 months ago continues to intrigue, a new announcement:


Protasco Berhad (“Protasco” / the “Company”) wishes to announce that it has today been served with a Writ of Summons by Kingdom Seekers Ventures Sdn Bhd (“Kingdom Seekers”) suing in a representative capacity for and on behalf of the Company and or for the benefit of the Company. Kingdom Seekers is suing Dato’ Sri Chong Ket Pen, Kenny Chong Ther Nen, Low Kian Seng, Edward Khoo Mong Wei, Lim Yew Ting and RS Maha Niaga Sdn Bhd. The Company is named as a Defendant by virtue of the representative claim. Kingdom Seekers is a company controlled by one of Protasco’s director, namely Mr Tey Por Yee and is a substantial shareholder of the Company. The Company had on 22nd September 2014 commenced a suit against inter alia Mr Tey Por Yee for breach of his fiduciary and statutory duties.

In this regard, the Company has appointed a firm of solicitors to represent the Company and oppose the foregoing suit. The Company wish to state that the suit filed by Kingdom Seekers have no significant immediate adverse effect on the current financial position of Protasco.


Tey gave a press conference with more detailed information, for instance the following map of the money trail: 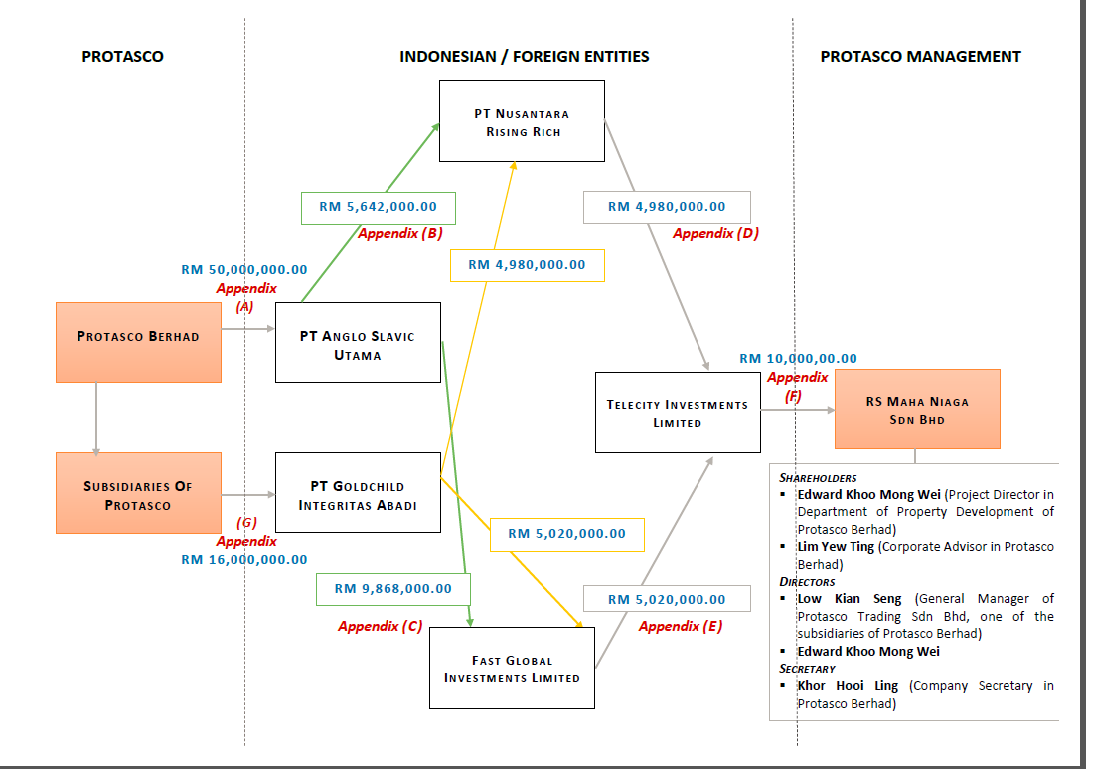 After almost two years, bystanders are getting more and more information,  which is always the case when two parties engage in a mud slinging contest and/or are threatening with court cases.

But there are still many questions that I posed almost two years ago that are unanswered as of now.

The most obvious one: who were the shareholders and directors of Anglo Slavic Petrogas Ltd, the seller?

We will have to wait how the company will respond to these allegations. Eventually it might be the work for the judges and authorities to find out the facts and the possible wrongdoings.