The Edge: "O&G counters hit by a major selldown"

Article on the website of The Edge, of interest is the following part: 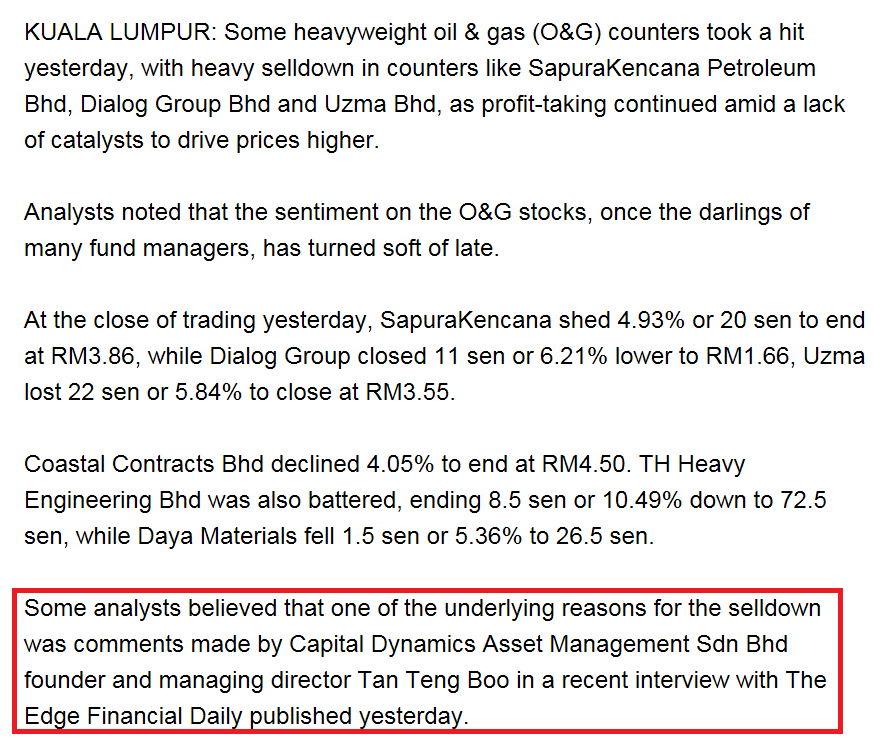 Those comments were very similar to the ones Tan made in his interview with The Star, which I mentioned in my previous blog posting.

If his influence is indeed so large, I don't know but it might very well be the case.

However, it has to be mentioned that warnings signals regarding the O&G industry have been there for quite some time. I mentioned them in postings, for instance here and here.

Reuters wrote in February "Oil firms seen cutting exploration spending". The share price of several O&G counters has been on a down trend for some while.

The larger macro picture is most likely that the price of oil has come down due to a slow down of China's economy and alternative sources for O&G through fracking.