Icon Offshore: rewarding the MD but diluting the minority shareholders?

Icon Offshore announced that it offered 14,000,000 shares to its MD from the ESGP (Employee Share Grant Plan).

I have some problem with this.

Icon IPO-ed three years ago at a retail price of RM 1.85. Since then it has not paid out any dividend at all, loyal shareholders who subscribed to the IPO are currently 75% under water. 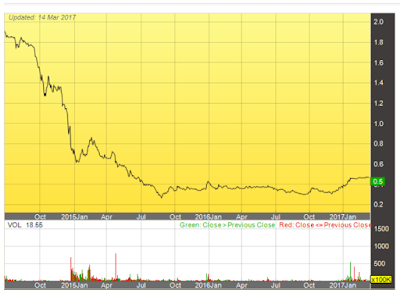 In other words, if the share would rise to the IPO price of RM 1.85, minority shareholders would only be back at square one (not taking into account the opportunity cost), while the MD would be sitting on a tidy profit of RM 19,320,000 and that in addition to his normal wages.

Besides the usual problems that have plagued the oil & gas industry the last few years (we can't really blame anyone for that), there have been several other issues with Icon Offshore, I wrote about some of them before. I think there is a case to be made that Equinas (at least partially) might bare some responsibility for those problems.

Given that, is it really fair to dilute the minority shareholders further, and at such a low share price relative to the IPO price, even though the ESGP was approved?

Could the majority shareholder, Equinas, have made a gesture and for instance forked out the shares for the MD from their holding? That would have been rather unconventional, I admit, but I do like the idea.