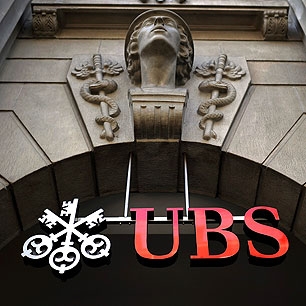 A Blog from Matt Tiabbi about banks behaving like casino's, mostly caused (in my opinion) by wrong rewards: bonuses for short term performance encourage gambling behaviour, "head I win, tails you lose".
http://www.rollingstone.com/politics/blogs/taibblog/the-2-billion-ubs-incident-rogue-trader-my-ass-20110915
The news that a "rogue trader" (I hate that term – more on that in a moment) has soaked the Swiss banking giant UBS for $2 billion has rocked the international financial community and threatened to drive a stake through any chance Europe had of averting economic disaster. There is much hand-wringing in the financial press today as the UBS incident has reminded the whole world that all of the banks were almost certainly lying their asses off over the last three years, when they all pledged to pull back from risky prop trading. Here’s how the WSJ put it:

The Swiss banking giant has been struggling to rebuild trust after running up vast losses in the original financial crisis. Under Chief Executive Oswald Grubel, the bank claimed to have put in place new risk management practices, pulled back from proprietary trading and focused on a low-risk client-driven model.

All the troubled banks, remember, made similar promises in the wake of the financial crisis. In fact, some of them used the exact same language. Some will recall Goldman’s executive summary from earlier this year in which the bank pledged to respond to a "challenging period" in its history by making changes.
"We reviewed the governance, standards and practices of certain of our firmwide operating committees," the bank wrote, "to ensure their focus on client service, business standards and practices and reputational risk management."

But the reality is, the brains of investment bankers by nature are not wired for "client-based" thinking. This is the reason why the Glass-Steagall Act, which kept investment banks and commercial banks separate, was originally passed back in 1933: it just defies common sense to have professional gamblers in charge of stewarding commercial bank accounts.
Investment bankers do not see it as their jobs to tend to the dreary business of making sure Ma and Pa Main Street get their $8.03 in savings account interest every month. Nothing about traditional commercial banking – historically, the dullest of businesses, taking customer deposits and making conservative investments with them in search of a percentage point of profit here and there – turns them on.

In fact, investment bankers by nature have huge appetites for risk, and most of them take pride in being able to sleep at night even when their bets are going the wrong way. If you’re not a person who can doze through a two-hour foot massage while your client (which might be your own bank) is losing ten thousand dollars a minute on some exotic trade you’ve cooked up, then you won’t make it on today’s Wall Street.

Nonetheless, thanks to the Gramm-Leach-Bliley Act passed in 1998 with the help of Bob Rubin, Larry Summers, Bill Clinton, Alan Greenspan, Phil Gramm and a host of other short-sighted politicians, we now have a situation where trillions in federally-insured commercial bank deposits have been wedded at the end of a shotgun to exactly such career investment bankers from places like Salomon Brothers (now part of Citi), Merrill Lynch (Bank of America), Bear Stearns (Chase), and so on.

These marriages have been a disaster. The influx of i-banking types into the once-boring worlds of commercial bank accounts, home mortgages, and consumer credit has helped turn every part of the financial universe into a casino. That’s why I can’t stand the term "rogue trader," which is always tossed out there when some investment-banker asshole loses a billion dollars betting with someone else’s money.
They’re not "rogue" for the simple reason that making insanely irresponsible decisions with other peoples’ money is exactly the job description of a lot of people on Wall Street. Hell, they don’t call these guys "rogue traders" when they make a billion dollars gambling.

The only thing that differentiates a "rogue" trader like Barings villain Nick Leeson from a Lloyd Blankfein, Dick Fuld, John Thain, or someone like AIG’s Joe Cassano, is that those other guys are more senior and their lunatic, catastrophic decisions were authorized (and yes, I know that Cassano wasn’t an investment banker, technically – but he was in financial services).

In the financial press you're called a "rogue trader" if you're some overperspired 28 year-old newbie who bypasses internal audits and quality control to make a disastrous trade that could sink the company. But if you're a well-groomed 60 year-old CEO who uses his authority to ignore quality control and internal audits in order to make disastrous trades that could sink the company, you get a bailout, a bonus, and heroic treatment in an Andrew Ross Sorkin book.

In other words, "rogue traders" are treated like bad accidents and condemned everywhere from the front pages to Ewan McGregor films. But rogue companies are protected at every level of the regulatory structure and continually empowered by dergulatory legislation giving them access to our bank accounts.

There is a movement in the UK for a thing called “ringfencing” that would separate investment bankers from commercial bankers. Some people think this UBS incident will aid that movement, even though UBS can apparently absorb the loss without necessitating a bailout or endangering client accounts.
The U.S. missed its own chance for ringfencing when a proposal for a full repeal of Gramm-Leach-Bliley was routed during the Dodd-Frank negotiations.

That means we’re probably stuck here in the states with companies like Bank of America, JP Morgan Chase and Citigroup, giant commercial banks in charge of stewarding trillions in client bank accounts and consumer credit accounts who also behave like turbocharged gamblers via their investment banking arms.
Sooner or later, this is going to blow up in our faces, and it won't be one lower-level guy with a $2 billion loss we'll be swallowing. It'll be the CEO of another rogue firm like Lehman Brothers, and it'll cost us trillions, not billions.
Posted by M.A. Wind at 08:55