France Bans Cash Sales Of Gold & Silver Over $600
http://www.infowars.com/france-bans-cash-sales-of-gold-silver-over-600/
Central banks are presumably so frightened that a growing number of citizens are abandoning rapidly devaluing paper currencies and preserving their wealth through precious metals that governments are now cracking down on the anonymous purchase of gold and silver. "Following the Austrian government’s announcement that it was restricting the sales of precious metals to $20,000 a time, an amount which would purchase just 11 ounces, the French authorities have followed suit with an equally draconian new measure to deter people from buying gold and silver."

"$600 USD isn’t even enough to purchase a half ounce of gold. This guarantees that citizens who are trying to transfer their savings over to precious metals will be known to the authorities, leaving them vulnerable to government confiscation of their gold and silver later on down the line, as happened in 1933 under FDR.
Why are central banks and governments in Europe so eager to make it as difficult as possible for citizens to buy precious metals? It’s largely because unlike every other financial commodity, they don’t have the market completely under their control, and cannot tolerate the idea of people having true power over their own economic destiny."

Outspoken hedgefund manager Hugh Hendry is giving his opinion about the crisis in Europe. 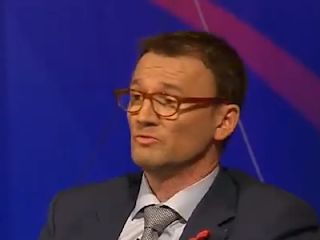 "Hedge fund manager Hugh Hendry, whose prediction of the crisis in the Eurozone was spot on, says we're at a rare moment in economic history. "The problem is greater than the ability of the politicians to respond," he says in a radio debate on BBC's Bottom Line. "There is no policy prescription that they can offer that will redeem the situation. The redemption will come through the citizens of Greece and elsewhere throwing the politicians out and rejecting the European ideal." Hendry's view on what the solution should be (a Greek default that doesn't protect the creditors) is quite different than Evan Davis' — the BBC host — and Brent Hobermann's of mydeco.com, another guest on the show."

"Hendry has other ideas about a solution. He says, "Bankruptcy is a solution [because] creditors who extended that debt [to Greece] — that was a folly. All this firefighting is trying to protect the creditors, as opposed to the oppressed person." Hendry's view is that Greece should default and leave the Euro. "Greece needs a real exchange rate," he says. "If you go on a drachma and [a beer in Greece is] .50p, there's a stimulus that's not open to them today [cheaper money]." Hendry says the UK is in depression - not recession - and it will take years to get back to where we were in 2006 and 2007. It's been 5 years since the financial crisis, and it might take another."
Posted by M.A. Wind at 09:03