Many interesting articles and also a special section on Charlie Munger's Mental Models: 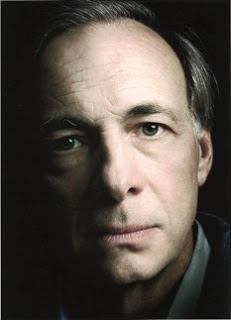 Ego
“Two of the biggest impediments to truth and excellence are people’s ego’s and organizational bureaucracy. Most people like compliments and agreement, and they dislike criticisms and conflict. Yet recognizing mistakes and weaknesses is essential for rapid improvement and excellence. In our culture, there is nothing embarrassing about making mistakes and having weaknesses. “
“We need and admire people who can suspend their egos to get at truth and evolve toward excellence, so we ignore ego-based impediments to truth. We have a different type of environment in which some behaviors discouraged elsewhere are rewarded here (like challenging one’s superiors), and some behaviors encouraged elsewhere are punished here (like speaking behind a subordinate’s back).”

Think and act in a principled way and expect others to as well
“all outcomes are manifestations of forces that are at work to produce them, so whenever looking at specific outcomes, think about the forces that are behind them. Constantly ask yourself, “What is this symptomatic of?”

If you don’t mind being wrong on the way to being right, you will learn a lot
“I once had a ski instructor who had taught Michael Jordan, the greatest basketball player of all time, how to ski. He explained how Jordan enjoyed his mistakes and got the most out of them. At the start of high school, Jordan was a mediocre basketball player; he became great because he loved using his mistakes to improve. I see it all the time. Intelligent people who are open to recognizing and learning from their mistakes substantially outperform people with the same abilities who aren’t open in the same way.”

Mistakes
“Create a culture in which it is OK to fail but unacceptable not to identify, analyze and learn from mistakes. … A common mistake is to depersonalize the mistake, saying “we didn’t handle this well” rather than “Harry didn’t handle this well.” Again, this is because people are often uncomfortable connecting specific mistakes to specific people because of ego sensitivities. … it is essential that the diagnosis connect the mistakes to the specific individuals by name.”

There are times when instruction is more important than debate
“Imagine if a group of us were trying to learn how to play golf with Tiger Woods, and he and a new golfer were debating how to swing the club. Would it be helpful or harmful and plain silly to treat their points of view equally, because they have different levels of believability. It is better to listen to what Tiger Woods has to say, without constant interruptions by some know-nothing arguing with him.”

Don’t pick your battles. Fight them all.
“If you see something wrong, even small things, deal with it. that is because 1) small things can be as symptomatic of serious underlying problems as big things, so looking into them, finding what they are symptomatic of, and resolving them will prevent big problems; 2) resolving small differences with people will prevent a more serious divergence of your views; and 3) in trying to help to train people, constant reinforcement of the desired behavior is helpful. The more battles you fight, the more opportunities you will have to get to know each other and the faster the evolutionary process will be.”

All problems are manifestations of their root causes
“Keep asking why? and don’t forget to examine problems with people. In fact, since most things are done or not done because someone decided to do them or not to do them a certain way, most root causes can be traced to specific people, especially “the responsible party.” When the problem is attributable to a person, you have to ask why the person made the mistake to get at the real root cause. For example, a root cause discovery process might go something like this: The problem was due to bad programming. Why was there bad programming? Because Harry programmed it badly. Why did Harry program it badly? Because he wasn’t well trained and because he was in a rush? Why wasn’t he well trained? Did his manger know that he wasn’t well trained and let him do the job anyway or did he not know?”

Avoid Monday-morning quarterbacking (hindsight bias)
That is “evaluating the merits of past decisions based on what you know now versus what you could have reasonably known at the time of the decision. Do this by asking the question, “what should an intelligent person have known in that situation,” as well as having a deep understanding of the person who made the decision (how do they think, what type of person are they, did they learn from the situation, etc?)”

Don’t undermine personal accountability with vagueness
“Use specific names. For example, don’t say “we” or “they” handled it badly. Also avoid: “We should…” or “We are…” Who is we? Exactly who should, who made a mistake, or who did a great job? Use specific names.

Efficiency
“Try to equip departments to be as self-sufficient as possible to enhance efficiency. We do this because we don’t want to create a bureaucracy that forces departments to requisition resources from a pool that lacks the focus to do the job. For example, while people often argue that we should have a technology department, I am against that because building technology is a task, not a goal in and of itself. You build technology to…(fill in the blank, e.g., help service clients, help market, etc.). Keeping the tech resources outside the department means you would have people from various departments arguing about whether their project is more important than someone else’s in order to get resources, which isn’t good for efficiency. The tech people would be evaluated and managed by bureaucrats rather than the people they do the work for.”

Constantly worry about what you are missing
“Even if you acknowledge you are a dumb shit and are following the principles and are designing around your weaknesses, understand that you still might be missing things. You will get better and be safer this way.”

Use the phrase, “by and large”
“Too often I hear discussions fail to progress when a statement is made and the person to whom it is made to replies “not always,” leading to a discussion of the exceptions rather than the rule. For example, a statement like “the people in the XYZ Department are working too many hours” might lead to a response like “not all of them are; Sally and Bill are working normal hours,” which could lead to a discussion of whether Sally and Bill are working too long, which derails the discussion. Because nothing is 100% true, conversations can get off track if they turn to whether exceptions exist, which is especially foolish if both parties agree that the statement is by and large true. To avoid this problem, the person making such statements might use the term “by and large,” like “by and large, the people in the XYZ Department are working too many hours.” People hearing that should consider whether it is a “by and large” statement and treat it accordingly.”

Most importantly
“a) build the organization around goals rather than around tasks;
b) make people personally responsible for achieving these goals;
c) make departments as self-sufficient as possible so that they have control over the resources they need to achieve the goals;
d) have the clearest possible delineation of responsibilities and reporting lines;
e) have agreed-upon goals and tasks that everyone knows (from the people in the departments to the people outside the departments who oversee them);
f) hold people accountable for achieving the goals and doing the tasks.”