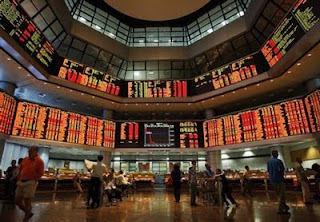 Sime Darby / Eastern & Oriental: no news yet regarding a possible Mandatory General Offer (MGO) by Sime Darby or the investigation regarding possible insider trading. On one side we want a fast decision regarding the MGO, every day that goes by people trade the shares of the two companies with incomplete information. On the other side, we do want a good and proper decision, hopefully with an detailed and clear explanation to which future cases can refer back to. Sime Darby's share price suddenly plunged on the possibility of having to make a MGO. But E&O's shareprice is very much below the possible MGO price. The two contradict each other, it will be an interesting case to follow.

Pan Malaysian Industries Berhad (PMI): No news, the majority shareholder is buying some shares of PMI at the market for RM 0.045. The announcement of the unconditional take-over offer was made on August 26 2011, the offer document would be posted within 21 days, that has passed already. PMI also still needs to appoint at least one more independent director (there is only one at the moment), I think they are too late with that as well.

Eastern Pacific Industrial Corporation Berhad (EPIC): the offer document relating to the unconditional take-over offer for RM 3.10 per share and the compensation document for the cash compensation have been posted on September 14, 2011. Alliance Investment Bank will be independent adviser.

DXN and EPIC are both very decent companies and it would be a pitty if they would be delisted. I am afraid that the chance of both being delisted is quite high though. Instead of trying to persuade foreign (especcially Chinese) companies to list in Bursa Malaysia, I think it would be more worthwhile to investigate why these very decent, medium sized companies are going for delisting. The overall quality of the 1000+ listed companies is already not that great, hundreds and hundreds of listed Malaysian companies have a long term Return On Equity (ROE) below the yield on a Fixed Deposit.
Posted by M.A. Wind at 10:18