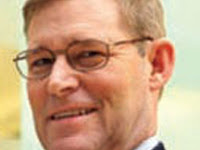 Possible insider trading, shares are suspended, annual results will be delayed (a breach of the Listing Rules), all sounds not very good. Below two articles, from BusinessInsider and BusinessWeek.


Fidelity Management's George Stairs was accused by Hong Kong's financial secretary of insider trading involving shares of Chaoda Modern Agriculture (Holdings) Ltd., a Chinese vegetable and fruit supplier, Bloomberg reported.
The financial secretary claims that the chairman of Chaoda, Kwok Ho, and the company's CFO, Andy Chan, tipped Stairs about a June 2009 shares placement three days before it was announced publicly, the report said.
Stairs has been accused of using that information to trade profitably, Bloomberg reported citing a September 28 notice.
Ho and Chan have also been charged with supplying the insider information.
http://www.businessweek.com/news/2011-09-30/chaoda-says-chairman-kwok-disputes-tribunal-allegations.html


Chaoda’s shares were suspended from trading on Sept. 26, the same day the misconduct proceedings were first reported. They’ll remain suspended until the company issues a statement to address a report by Anonymous Analytics, it said. The report questions Chaoda’s accounts.
Chaoda will delay releasing its annual results for the year ending June 30, which were expected today, to “include additional audit procedures” after reports from the media and Anonymous Analytics, the company said in a filing to the Hong Kong Stock Exchange today.
Posted by M.A. Wind at 10:36