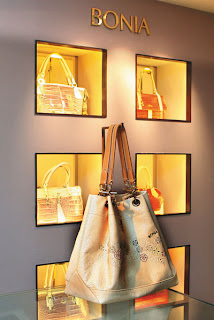 I am very much in favor of the private sector doing business, they simply know best how to do it. However, I have no problem with the way PNB tries to buy more shares of SP Setia, the share price came down, PNB offered to buy shares at a premium to that low price (RM 3.90), management immediately responded that the price was too low (it had often traded above RM 4.00 before, but during better market conditions), PNB does not threaten with delisting, and an independent adviser will be called in to give his opinion.

In the article below other potential candidates on PNB's target list are named.


This article appeared in The Edge Financial Daily, October 3, 2011.

After its takeover bid for S P Setia Bhd, speculation is rife that Permodalan Nasional Bhd (PNB) may be eyeing its other holdings, particularly against the backdrop of a softening equity market.
PNB said the move for S P Setia is to turn it into a strategic shareholding, as this would allow it to further strengthen its portfolio.

It is also part of its responsibility to continuously seek long-term value for its unit holders, it said in a statement to defend the proposed deal.

It is worth noting that PNB is sitting on assets of over RM120 billion (based on 2010 numbers). Its investments have yielded at least 8.5% returns to unitholders for the past five years.

In comparison, the Employees Provident Fund provided returns to unit holders of less than 6%, Lembaga Tabung Haji 4.5% to 7% and Lembaga Angkatan Tentera between 15% and 16% over the same period.
Among the bigger companies PNB has invested in are Sime Darby Bhd, which has generated lower returns, especially after it was hit by cost overruns at its energy and utilities division over the past two years.
However, Sime has now turned around and with the palm oil prices staying high at around RM2,900 per tonne, the company may be worth looking at, especially since PNB is just short of making Sime a subsidiary with its current stake in the giant planter of just over 48%.

An observer conjured that in the event PNB increases its stake by another 2%, it can equity account Sime’s earnings. However, unlike S P Setia which is an entrepreneur-run company, Sime is viewed as a government-linked company and any increase in the stake by PNB would not alter the company’s management and culture.

Rumours are rife that PNB may be looking to bag Bonia.

Interestingly, Sime has also unveiled interest to grow its property division, having recently acquired a 30% stake in Eastern & Oriental Bhd (E&O) at a huge premium.

“With the expertise and branding at hand, PNB can create the strongest property group in the country,” opined an analyst.

PNB owns 48.14% of Sime, which is valued at some RM2.43 billion, based on its latest share price.
The counter has lost some 5% year-to-date (YTD), and fell sharply in recent weeks due to the stock market slump as well as concerns over whether it will be required to undertake a general offer for E&O.
Meanwhile, Bonia Corp Bhd stands out as one of the smaller companies where PNB has a large stake, outpacing that of its controlling shareholder.

Bonia is speculated to be on PNB’s radar given that the fund already holds a 32.99% stake in the apparel company. This is just short of the 33% level that will trigger a general offer. Besides, the counter is trading cheap versus other fashion stocks, particularly those listed in Hong Kong, at 8.3 times trailing price-to-earnings (PE) ratio.

Like S P Setia, Bonia is also an entrepreneurial-driven entity with the Chiang family owning some 26.9% stake, less than PNB’s shareholding.  The company, which specialises in making quality leather goods, has offered PNB a dividend yield of some 3.1%. Its stock price, however, lost over 9% YTD against the backdrop of weak market conditions, which dragged the key benchmark index to 9% YTD.
Over the past four years, Bonia’s revenue grew at an average annual compounded rate of 13% from RM221.37 million in 2006 to RM360.1 million in 2010.

Net profit growth was even stronger from RM13.83 million to RM33.55 million, reflecting a 24.8% compounded annual growth rate over the same period.

Given the numbers — and the Chiang family’s successful entrepreneurial track record — it makes sense for PNB to continue banking on Bonia’s growth. Another possible target for PNB, observers say, is Asia File Corp Bhd, in which PNB and its funds collectively own 26.4%.

This is especially after PNB made a rare move at Asia File’s AGM last week when it expressed its unhappiness over the company’s directors’ fees and choice of several directors. However, it will be difficult for PNB to take over the company as its controlling shareholder, Prestige Elegance (M) Sdn Bhd, which belongs to chairman Lim Soon Huat, holds a 45.3% stake. Its share price has lost over 22% YTD.
At the AGM, PNB forced a vote by poll following dissatisfaction on the reappointment of three independent non-executive directors and the amount of directors’ fees paid.

This was despite the company’s officials defending the directorship fees, saying that it was much lower than most companies.

It is worth noting that Asia File recently bought DS Smith Paper located in the UK for RM22.4 million (£4.6 million), with the hope that the mill would boost income, particularly on the back of declining profits.  For the financial year ended March 31, Asia File, which sells stationery items, reported a 12.7% decline in net profit to RM50.39 million, on the back of a 7.6% dip in revenue to RM247.11 million.

However, with the decreasing income, it is uncertain whether Asia File can continue to be one of the highest dividend contributors to PNB — it has a dividend yield of 7.5%.

One of PNB’s largest and highest dividend yielding investment is Malayan Banking Bhd (Maybank). The fund, via Skim Amanah Saham Bumiputera and PNB directly, owns about 51.4% of the country’s biggest bank. Maybank offers a dividend yield of 7.5% while the counter has lost 5.8% YTD.