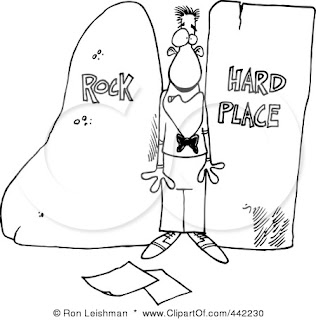 Yesterday the EGM of AP Land was held. Previous blogs about the issues at hand:
http://cgmalaysia.blogspot.com/search/label/AP%20Land
The shareholders of AP Land were caught between a rock and a hard place, a situation in which they should not have been placed. They decided that approving the deal was the relatively best option for them.
Minority shareholders hardly have any chance in these kind of exercises is my experience. The rules have since been changed (the AP Land deal still fell under the old rules) but if that is enough to guarantee a level playing field, I sincerely doubt it.
http://biz.thestar.com.my/news/story.asp?file=/2011/11/16/business/9910992&sec=business
The majority of Asia Pacific Land Bhd's voting shareholders approved the disposal of assets and liabilities to Low Yat Holdings Sdn Bhd for RM302.5mil, or 45 sen a share.
The resolutions passed at the company's EGM yesterday brings a long-awaited closure to the Low family's privatisation bid, with 95.28% of the voting shareholders representing 28.86% of the company's total share base voting in favour of the sale.

Since the deal required the approval of a simple 51% majority under the Companies Act, Low Yat Holdings by virtue of its deemed 34% interest, needed only to secure the support of less than half the remaining 66% of shareholders for the deal to go through.

Minority Shareholder Watchdog Group research and monitoring division manager Ooi Beng Hooi said the EGM was pretty straightforward as issues that needed to be raised had been resolved.

He said the distribution of the cash arising from the proposed disposal was expected to be received some time in March 2012.

“The offer price might be a good exit opportunity for shareholders who entered the company when the price was lower, owing to its illiquid trade and lack of dividends, but some might still be unsatisfied if they had paid more,” Ooi said.

Two weeks ago, its EGM was called off mid-way following a discrepancy pertaining to the proposed offer in the company's circular to shareholders, which was due to an inconsistency between AP Land audit committee's findings and the directors' recommendation.

The audit committee found the offer price to be a reasonable premium on the last transacted price on Jan 10 but agreed with independent adviser MIDF Amanah Investment Bank Bhd that from a financial point of view, the deal was considered “not fair” due to the large discount on net assets per share.

The buyout offer price worked out to 45 sen per AP Land share, which was an 8% premium to its closing price of 41.5 sen before the announcement was made, but at a 57% discount to the adjusted audited net assets per AP Land share as at Dec 31, 2010.
Posted by M.A. Wind at 08:55