Worrisome words from the Khazanah MD

"Pay television operator Astro All Asia Networks plc is best taken private at this stage of its development, the chief of its major shareholder Khazanah Nasional Bhd said.

"We feel in its current stage of development with high definition television and the Indian investment, it is time when it needs to be taken off the market. I think you get better value ... but the debt market gets developed as a result," managing director Tan Sri Azman Mokhtar told reporters on the sidelines of the Invest Malaysia conference yesterday.

"But you can see the track record of the Usaha Tegas group ... they eventually go back for a listing," he said, referring to the recent re-listing of the group's Maxis Bhd.

Khazanah, which owns about 21.4 per cent of Astro, together with other owners Usaha Tegas Sdn Bhd and Bumiputera foundations had on March 17 offered to buy out minority shareholders of Astro at RM4.30 a share.

I am getting very worried when highly influential people, like the MD of Khazanah, utter these kinds of words. Do they actually understand the implications of what they say? From a corporate governance point of view the implications are simply horrific. Like there is some sort of "game" going on, where the big players (the majority shareholders) can list, privatize and relist companies at will, at a moment and price that is convenient to them.

Unfortunately, these practices happen a lot in Malaysia. And the fact that the majority shareholders can get away with it and the minority shareholders hardly have any chance to fight them, doesn't make it right, in the contrary. Rules have been improved somewhat lately, but there is still much to do, for instance authorities still have never bothered to come down on independent advisers that issue biased reports.

In my opinion, companies should not be taken private, unless there is a very clear reason for it (the company has hardly any business left and the liquidity of the shares is extremely low), which is often not the case at all. Shareholders invest in companies based on long term projections, it is simply unthinkable if (for no aparent reason) they are forced out of their shares, against their will.

And secondly the price offered should be fair and reasonable, beyond any doubt:
For this we need better rules and much more active enforcement by SC and BM.

Below my encounter with the above mentioned Usaha Tegas group in the privatization of Bumi Armada (Barmada), and its subsequent relisting again. 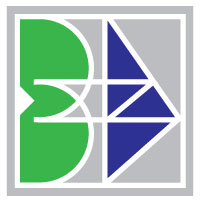 In 2003 Barmada’s Minority Investors received a notice that there would be a General Offer (GO) for their shares, that the Majority Investors had no intention to continue with the listed status of the company, that no dividends might be paid, that rights issues might be necessary for further funding and that shares would be mandatory acquired if certain thresholds were reached.

Please note that the GO in itself is good, but the company should not be allowed to use the delisting threat. In this case the offer was for only RM 7 per share, with net earnings per share of RM 1 and growing nicely, an excellent balance sheet and one of the highest Return on Equity’s (more than 20%) of the whole Bursa Malaysia. The offer price was horrific low by any standard, there was no premium, the share price had been clearly higher before at which price I (and other Minority Investors) had not sold my shares. The PE of about 7 compared with PE’s of 15 to 20 of similar, much lower quality companies.

The circular was (as usual in these kind of exercises) of very low quality, lots of important information was left out (despite Full Disclosure based Regulation). In this case the Majority Investors try to paint as bleak as possible picture of the company’s future (to try to convince the Minority Investors to sell at the low price).


I filed a complaint with the Securities Commission, was asked to come to the office twice, but these talks turned out to be fruitless. I pointed at the following very important rules (emphasis is mine):
(a)    that the shareholders and directors of an offeree and the market for the shares that are the subject of the take-over offer
(i) are aware of the identity of the acquirer and offeror;
(ii) have reasonable time in which to consider a take-over offer (A); and
(iii) are supplied with sufficient information (B) necessary to enable them to assess the merits of any take-over offer;
(b) that, so far as practicable, all shareholders of an offeree have equal opportunities to participate in benefits accruing from the take-over offer, including in the premium payable for control (C);
(c) that fair and equal treatment of all shareholders, in particular, minority shareholders (D), in relation to the take-over offer, merger or compulsory acquisition would be achieved; and
(d) in its response to, or making recommendations with respect to any take-over offer, merger or   compulsory acquisition, the directors of the offeree and acquirer shall act in good faith (E) to observe the objects, and the manner in which they observe the objects, specified in this subsection,
and that minority shareholders are not subject to oppression or disadvantaged by the treatment and conduct of the directors (F) of the offeree or the acquirer.
My comments regarding the implementation of these rules in the Barmada case:
(A): the time to consider the take-over offer, to study the documents, to try to rally other Minority Investors, to contact the MSWG, to try to write articles for newspapers & magazines was extremely short and definitely nor reasonable at all, and the important “independent” report was send even much later to the Minority Investors, there was hardly any time to react on it.
(B): lots of important information was missing, like: What is the sales pipeline? What are the profit projections for the coming years? No recently audited Profit & Loss or Balance Sheet was given.
(C): there was no premium at all let alone for control, the price was based on an artificial low price at which certain bondholders of Barmada’s parent company were prepared to sell.
(D): this rule, which is so clear and important is never ever used by SC/BM. It should however, in any case where there is doubt, and in the advantage of the Minority Investor.
(E): by cutting the dividend, not giving a reason for that and providing inadequate information directors breached the listing rules that explicitly require this information.
(F): again, it cannot get clearer than this rule, why is it never used by SC/BM?
I contacted the MSWG, was supposed to meet the CEO but only met two analysts who didn’t know anything about the case. Later there was supposed to be a meeting with other fund managers, but I never received an invitation. MSWG did not put up any fight at all, very disappointing.
My complaints to SC and BM lasted a very, very long time, no information was ever given in the meantime, and finally (after almost three years) both came to the same conclusion, nothing wrong had happened. First of all very strange given all the clear evidence I had given of the opposite (I had provided many pages with detailed information about the issues involved). Secondly SC/BM both didn’t want to point out any reason at all for its decision. I was clearly stonewalled by both institutions.
Barmada has since relisted recently. After taking into account the bonus and rights issues, the current price corresponds to about RM 140 in 2003 terms, in other words a 20-fold increase in price, for each lot of 1,000 shares investors would not receive the paltry RM 7,000 but RM 140,000 (my friends, my relatives, my wife and my company owned dozens of lots in total).
In the relisting exercise, it was important for the Majority Investor to paint a picture as rosy as possible. The contrast with the GO brochure of 2003 was very stark. Bursa Malaysia, who should look into this and assure that information is of the same level aparently turned their head the other direction. The reason why the majority shareholder of Barmada wanted to delist in 2003, the very low delisting price (at the current amount of shares the equivalent to only RM 0.20), the pressure that was put on the Minority Investors, the way Minority Investors were treated in the past, all was conveniently left out of the relisting circular although the circular contained more than six hundred (!) pages.
The total market value of the shares that were acquired by the Majority Investor from the Minority Investors has since increased by RM 2,500,000,000! In 2003 Barmada had thousands of shareholders, many of the larger minority shareholders were funds with each again thousands of unit trust holders. If a total of 50,000 people were invested in Barmada (either directly or through unit trust funds), then this would mean that RM 50,000 per person of value was created, in which they were not allowed to share.
More information about the Bumi Armada case:
http://www.apolloinvestment.com/pirates.htm
http://whereiszemoola.blogspot.com/search/label/Bumi%20Armada
http://cgmalaysia.blogspot.com/2011/08/over-prescriptive-regulation-and-bumi.html
Posted by M.A. Wind at 12:38