From an article in the Financial Times, four charts that show Malaysia at the extremes. If that is good or bad, I leave that to the reader.

Malaysia spends less on public healthcare than any other country surveyed (4% of GDP) but has the largest amount of people who think they spend more (37% of GDP).

Anyhow, according to the survey Malaysians are the happiest among those surveyed. 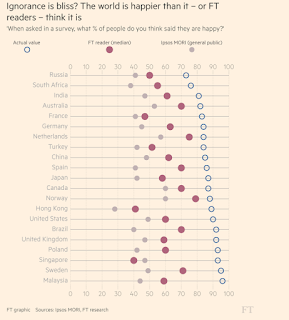 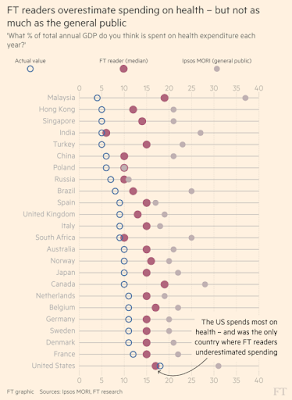 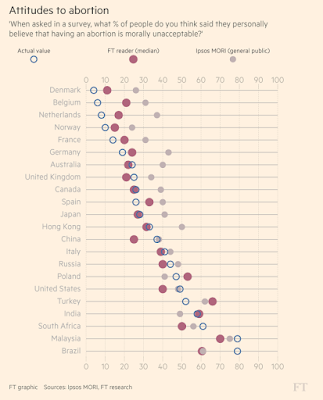 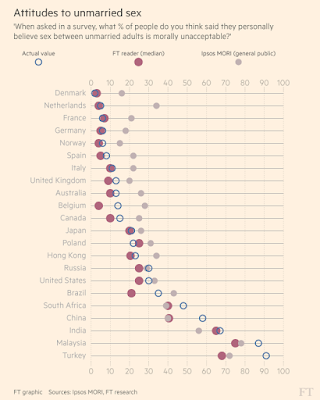 From CLSA, a table that shows that Malaysia's gross savings % of GNI (Gross National Income) was one of the highest in 1997, but in 2015 the lowest among a group of Asian countries. 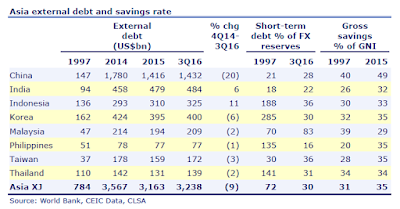 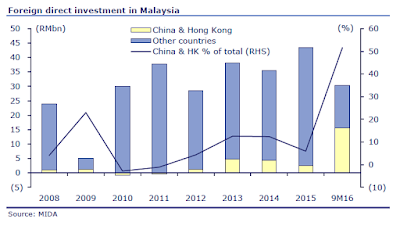