AirAsia in trouble over hidden fees

I like that, there should be a credible Malaysian consumer watch dog who is actively fighting for the Malaysian consumers as well. I was surprised how aggressive AirAsia is with their online selling, for instance it takes three separate efforts to turn away an offer for insurance. And indeed, as alleged, AirAsia should be more transparant regarding taxes, fees and other charges. 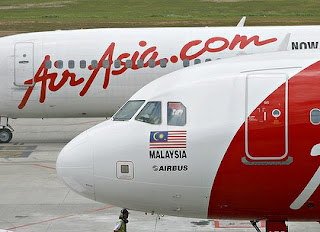 Article from The Sydney Morning Herald:


THE consumer watchdog has taken legal action against budget airline AirAsia for allegedly failing to disclose the full price of fares for flights from Australia to destinations overseas.
The same day AirAsia executives were spruiking launch fares as low as $99 for one-way flights on its new route from Sydney to Kuala Lumpur, it has emerged that the regulator began legal proceedings in Melbourne seeking both penalties and orders for the Malaysian airline to issue corrective notices on its website.
In documents filed in the Federal Court on Tuesday, the Australian Competition and Consumer Commission claims that fares sold on the airline's website disclosed only part of the total price for flights from Melbourne, the Gold Coast and Perth to destinations in Asia, Europe and India because they excluded taxes, fees and other charges.
The regulator wants the court to order the airline to publish on its website a notice stating that it failed to ''specify, in a prominent way, the single price for air travel on its website … since at least September''.

The ACCC has shown a growing willingness to take action against airlines for running foul of consumer laws.

Last year it pursued budget airline Tiger Airways for selling tickets after the air-safety regulator had grounded its fleet of aircraft in July due to safety concerns.

The regulator also took Qantas to task for the amount of compensation it offered passengers disrupted by its decision to ground its entire fleet on October 29.
Posted by M.A. Wind at 11:46