The Edge website regularly holds polls about different issues, some if which are relevant for this blog. 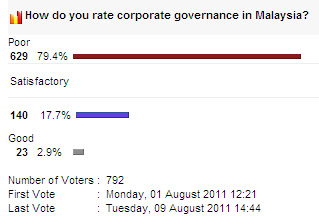 A large majority of the voters is "not impressed" about Corporate Governance in Malaysia, the authorities should take note. 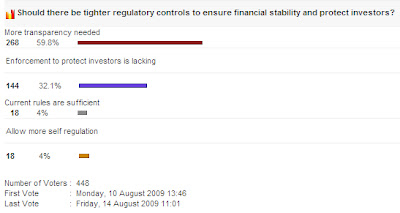 A huge majority votes is either for more transparency or more enforcement. 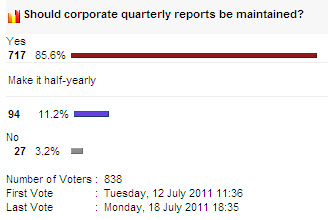 The issue of quarterly reporting was raised with the CG Blueprint 2011. The voice of the people has been heard. 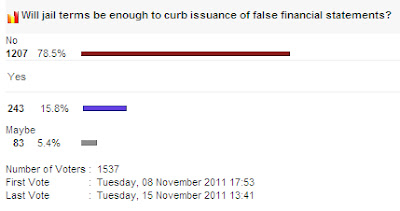 The "No" voters want even more severe penalties, I suppose large fines or persons being barred from their industry. 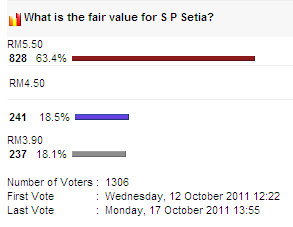 PNB made an offer of RM 3.90 for each SP Setia share, the management immediately responded that the offer price was insufficient. It has been rather quiet around this deal, with PNB negotiating with SP Setia's management and receiving SC's feedback. 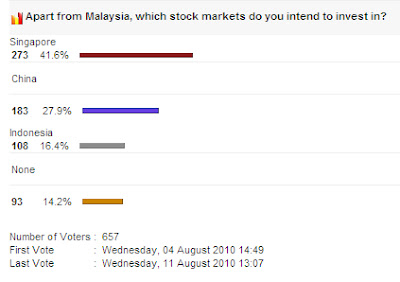 The choice of countries is rather limited, one would expect the US, Hong Kong and possibly the UK and Australia also to feature. But the message is clear, the large majority of voters are (also) looking at foreign markets to invest in.

It has been made rather convenient to trade foreign stocks with local brokers, I would be interested to know how many investors are using this option, which percentage they invest in foreign stocks.

It means competition for the listed Malaysian companies, which is good, it forces them to perform well (both financially and in CG terms) relatively to foreign companies.
Posted by M.A. Wind at 18:09