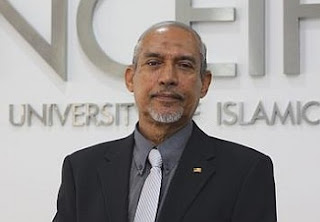 The seven most important questions, the remaining three (more personal) in the link above:

[1] What are the three most troubling economic issues facing Malaysia today, and how can we tackle them? Bulbir Singh, Seremban

Persistent and endemic fiscal imbalance, growing income disparity and overdependence on foreign workers top the list. Malaysia lacks fiscal discipline. In the last 54 years since Independence, Malaysia has had budget surplus only in 7 years. Fiscal prudence demands counter-cyclical fiscal policy with surplus in good times and deficit in lean times, which allows fiscal stimulus during economic downturns to be financed by the accumulated surpluses without borrowing. As this has not been the case with Malaysia, the nation's public debt has been growing. National debt has risen to RM430.2bil in the first quarter of 2011, roughly 55% of gross domestic product (GDP), up from 41% in 2008. To balance the books, the government must rein in its operating expenditure and introduce tax reforms. The government's reliance on oil and gas which accounts for about 40% of total revenue is simply untenable. Federal revenue growth has failed to keep pace with GDP growth, so much so that the revenue/GDP ratio has fallen to 22% from the 10-year average of 34%.

The growing income disparity is also worrisome. The bottom 40% of the households account for only 14% of national income, while the top 20% of the households account for roughly 50% of aggregate income. Income inequality in Malaysia hovers at levels higher than that in Indonesia, the Philippines and Thailand. Regional disparity is equally striking. Sabah is the poorest with 20% of the households living below the poverty line. Sabah accounts for 43% of the country's poor, trailed by Sarawak (12%) and Kedah (9%). These three states jointly account for nearly two-thirds of the poverty in the country. To fix the problem, the government must revisit and review its affirmative action plans so that the benefits accrue directly to the poor and the marginalised, regardless of ethnicity.

While one must thank foreign workers for their contributions to the economic growth and development of the country, their numbers have grown far beyond “optimal” level. This overdependence on guest workers has contributed to the middle-income trap, as their over-presence tends to suppress wages. In the early 1990s, it was thought that Malaysia could stay competitive internationally by keeping wages low and hence the opening of the floodgates to foreign workers. Experience has shown that such input-driven growth is unsustainable. High wages backed by high productivity can translate into low labour costs. Malaysia needs to ensure that the locals have the necessary skills as the economy moves up the value-chain.

[2] Are all the measures we have put in place sufficient to ensure that we become a developed nation by 2020? What are we not doing right, if any? Abu Hassan, Petaling Jaya

The long-term Vision 2020 was both laudable and feasible. It was like running a marathon. The mistake we made was to run it like a sprint at maximum speed right from the start, pursuing input-driven high growth single-mindedly. In the process, we seem to have fallen unwittingly into the middle-income trap. We needed to grow only at 7% per annum to be a developed nation by 2020, and there was no need to grow at overheating double-digit pace. Malaysia's potential growth rate has fallen from 7% in the early 1990s to roughly 5% now. We need to raise our growth potentials by reinventing the economy. We need to move away from low value-added to high value-added activities, but this is easier said than done. It calls for bold policy reforms which may not sit well with vested interests that support and benefit from the current order.

The various transformation programmes including the ETP and GTP are significant steps in the right direction. Much however would depend on their implementation. Besides, as the saying goes, the proof of the pudding is in the eating. Experience has shown that such programmes tend to work well if they are perceived to be bottom-up, not top-down. To reinvent the Malaysian economy, what we need is a holistic, not selective, transformation. In any case, change should be gradual, for “big bang” can be disruptive.

[4] What do we need to do most in order to stem the brain drain in the country? Li Ming, Johor

Brain drain need not be seen negatively in the first place. I once heard someone quip “brain drain is better than brain stuck in the drain.” It can play a positive role by creating a diaspora with pivotal international connectivity which is equivalent to gaining offshore economic space generating income inflows for the home country. The flip side, however, is that it deprives the nation of skills much needed to transform the economy. To stem the brain drain, we need to identify the root causes and tackle them effectively. Brain drain can be due primarily to the pull factor or the push factor. If it is the former, little can be done as it is purely external, but if it is the latter, it can be fixed domestically. We need to create lucrative job opportunities with levelled playing fields at home and eliminate the disincentives that encourage skilled personnel to exit. A reasonably liberal environment can be a powerful plus factor. A strong domestic currency would also discourage brain drain, just as a weak home currency would do exactly the opposite.

[5] Do you think that Malaysia is really losing its competitiveness to other countries in the region and what can we do to stop this? James Chin, Petaling Jaya

This is an empirical question. Empirical evidence is not conclusive, although the various competitiveness indices that rank countries provide some pointers. However, there are concerns over Malaysia's declining growth rates, with newly emerging economies in the region exhibiting greater dynamism. It is quite normal for emerging economies like Vietnam to grow faster than mature economies like Malaysia, due mainly to what economists call the base effect. Malaysia is still fairly competitive as shown by the seemingly perennial surplus in the balance of payments, but no country can afford to rest on the laurels. Latin American experiences are telling. Malaysia has huge potentials which are waiting to be unlocked through real policy reforms that would allow greater economic freedom to unleash the forces of transformation. It is unfortunate that politics tends to override economics.

[6] Is it really a big concern that our top universities command poor rankings in the international arena and what had contributed to this in the first place? Lily Raj, Penang

This indeed is a big concern, but we cannot blame it all on the universities as they partly inherit the problems from secondary and primary schools. Our education system is somewhat archaic with rote learning taking primacy over creativity and thinking. Nothing short of a complete overhaul can fix the problem. In short, we need to democratise our education system, but no one in the corridors of power has the gumption to get it done.

[7] What do you hope to see happen in Malaysia next year? Susan Cheung, Kuala Lumpur

I am afraid that we need to brace ourselves for a rough ride in 2012. Malaysia's exports are likely to face strong head winds, with several European economies shrinking and other developed economies stagnating, compounded by a sedated slowdown in China. The prices of major commodities, including gold, are likely to melt. The silver line is the window for real reforms as tough times will force politics to take the back seat. Hopefully, economic necessity will knock out political expediency.
Posted by M.A. Wind at 10:25