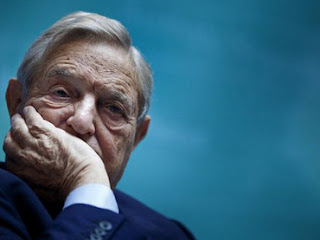 “I am not here to cheer you up. The situation is about as serious and difficult as I’ve experienced in my career,” Soros tells Newsweek. “We are facing an extremely difficult time, comparable in many ways to the 1930s, the Great Depression. We are facing now a general retrenchment in the developed world, which threatens to put us in a decade of more stagnation, or worse. The best-case scenario is a deflationary environment. The worst-case scenario is a collapse of the financial system.”

“The collapse of the Soviet system was a pretty extraordinary event, and we are currently experiencing something similar in the developed world, without fully realizing what’s happening,” adds Soros.

Soros goes on to say that as the crisis in the Eurozone only worsens, the American financial system will continue to be hit hard. On the way to a full-blown collapse, he cautions, Americans should expect society to alter accordingly. Riots will hit the streets, says Soros, and as a result, “It will be an excuse for cracking down and using strong-arm tactics to maintain law and order, which, carried to an extreme, could bring about a repressive political system, a society where individual liberty is much more constrained, which would be a break with the tradition of the United States.”

Email ThisBlogThis!Share to TwitterShare to FacebookShare to Pinterest
Labels: Soros