AirAsia profit up 33%? And why does it need derivatives?

“(I am) very pleased with what we have achieved despite (the) turmoil in (the) industry. Well done all stars. The future is bright,” AirAsia group chief executive officer Tan Sri Tony Fernandes posted in his tweet yesterday afternoon before the company’s results announcement.

That sounds all very optimistic.

But if we analyse the bare numbers, then a very different picture appears:

From the above we can easily see that operationally the result in 2014 was much worse than in 2013: minus 23%.

Only because of a foreign exchange loss in 2013 and the difference in Deferred taxation does the PAT suddenly grow by 33%.

Frequent readers of this blog will know that I don't like the aggressive accounting of AirAsia by using deferred taxation (I like it even less in the case of AirAsia X). Good companies should account in a conservative way, in my opinion.

But there is something else in the accounts that worries me much more: 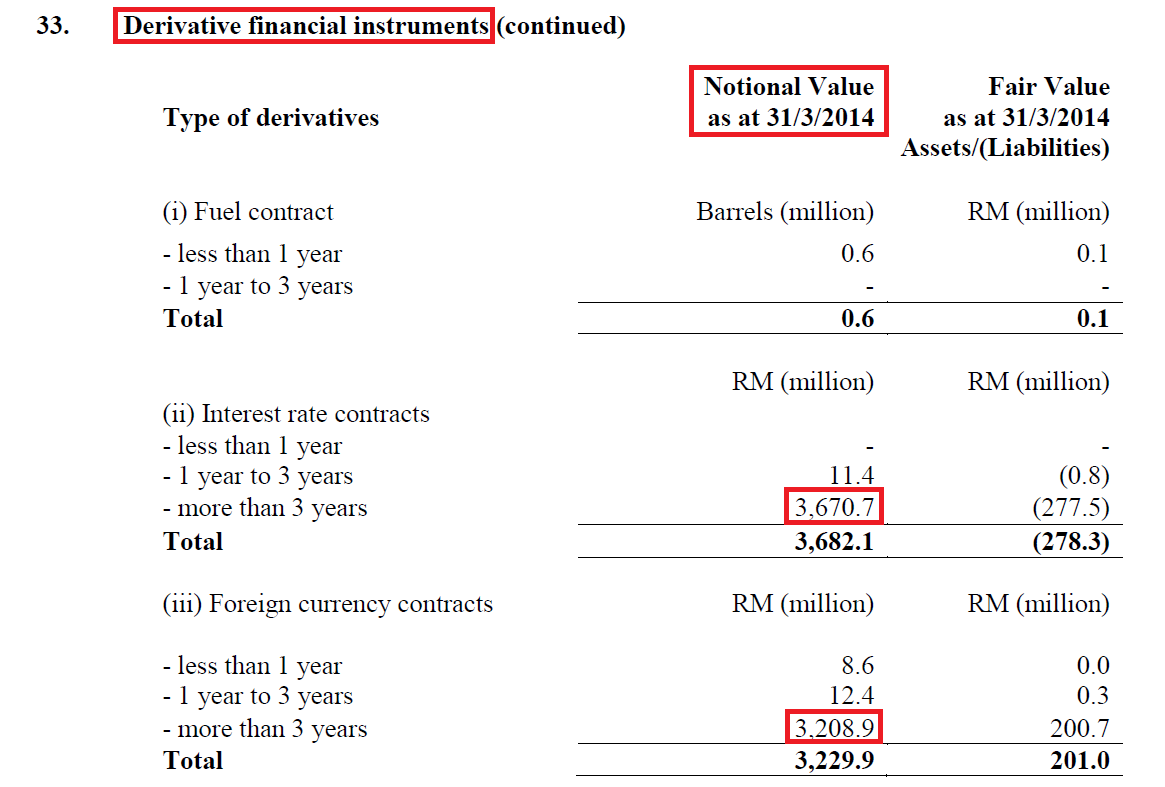 AirAsia has burned their fingers in the paste with derivatives in oil, why do they need such large contracts regarding interest rates and foreign currencies, almost RM 7 Billion in Notional Value?

This is from their 2008 results, losses of more than RM 1 Billion on derivatives:

Warren Buffett wrote in the 2002 annual letter to the shareholders of Berkshire Hathaway: