Jeremy Grantham's GMO has issued its latest quarterly newsletter, which is always an interesting read. For instance, a list of the six largest global bubbles: 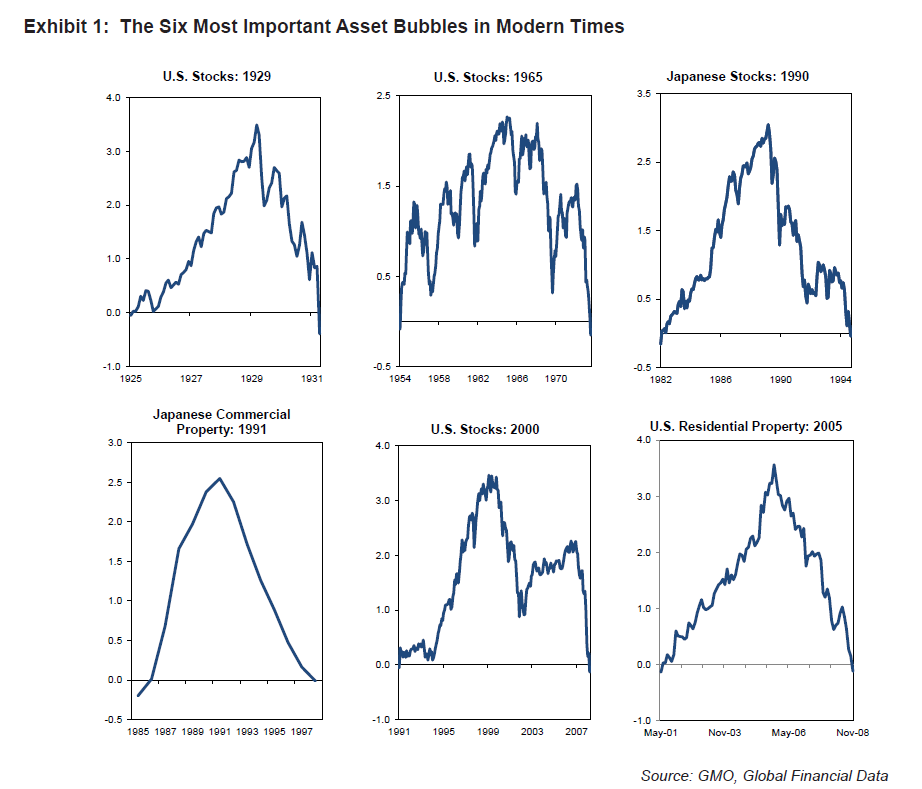 The bubble in the Japanese property and stock bubble were correlated, I would have liked to see the Asian crisis being included. Anyhow, I for one (having lived and invested through that crisis) would love to read a good investigative book about that, especially about Malaysia: what exactly happened?
Even now, we still don't even know the events surrounding the infamous UEM/Renong case (new material from time to time trickling it, even after 17 years), which played such an important role in the crisis.
Back to GMO, they analysed the current situation of the US market, and find it overvalued, by roughly 65% or somewhat more, which is in line with Hussman's evaluation.
Grantham's forecast for the coming years:

The interesting question is: is GMO investing according to this advice, especially regarding the second and third point? Because that looks a lot like the Greater Fool Theory.
Loosely defined as: "I know I am a fool paying this price, but I am sure there will be a greater fool who is prepared to pay an even higher price.
﻿
On a side note to the reader, recently quite a few stocks (both Malaysian and internationally) with rather "dubious" fundamentals (I prefer to call them "garbage stocks") have come down sharply after a large rise, which is something that can often be seen at market tops. Buyer beware.