The new auditor, Helmi Talib & Co, was appointed to audit the 2013 accounts and their results were published.

The one thing a reader should look out for in audited accounts, is if the accounts are qualified, which would be a huge red flag.

And the accounts of China Ouhua Winery are indeed qualified:

There are more red flags regarding China Ouhua Winery, for instance many changes recently in the boardroom and audit committee: 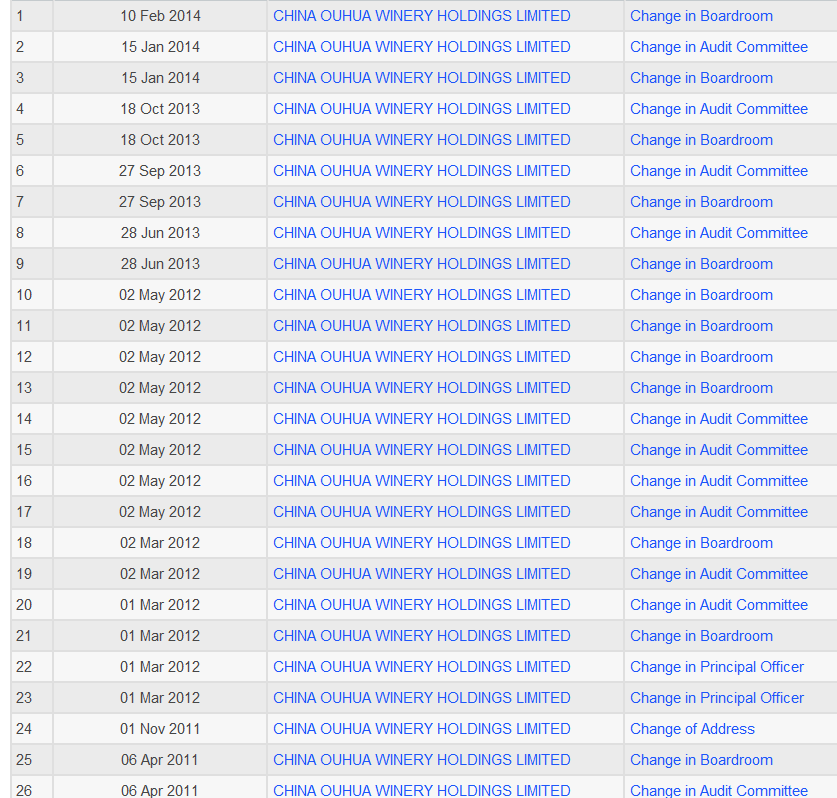 The share graph since its IPO, not a pretty picture: 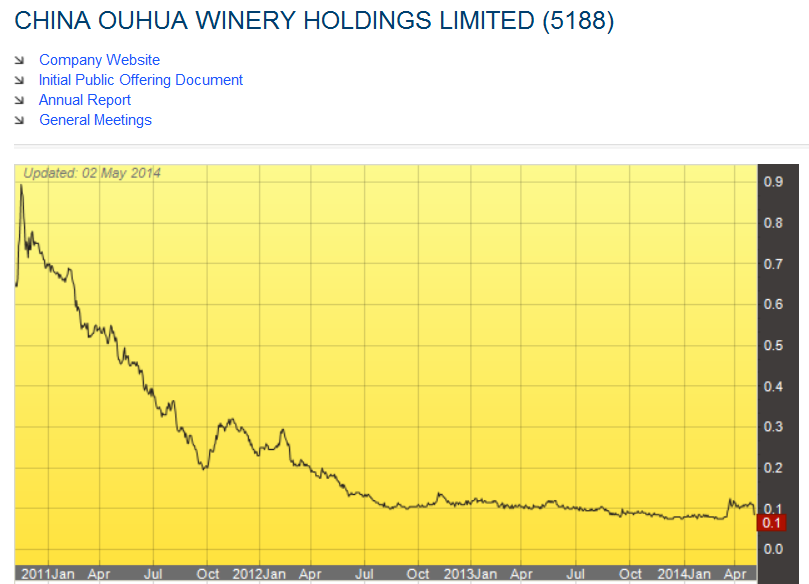