Delloyd's hidden gems to be revalued?

On May 16, 2014 Delloyd Ventures announced a proposed selective capital reduction and repayment exercise in which minority shareholders will receive RM 4.80 per share.

The share price, which had "miraculously" increased in price and volume since the beginning of April (six weeks before the announcement), jumped further to around RM 4.50, its current price: 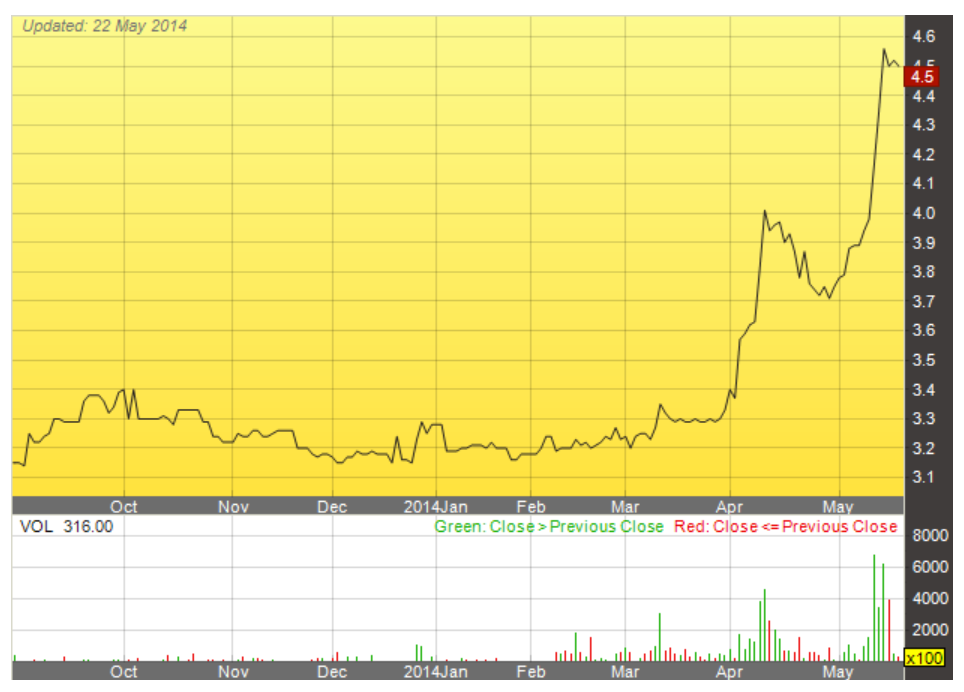 Regarding the reasons behind the proposed privatisation, the company mentioned the following (emphasis mine): 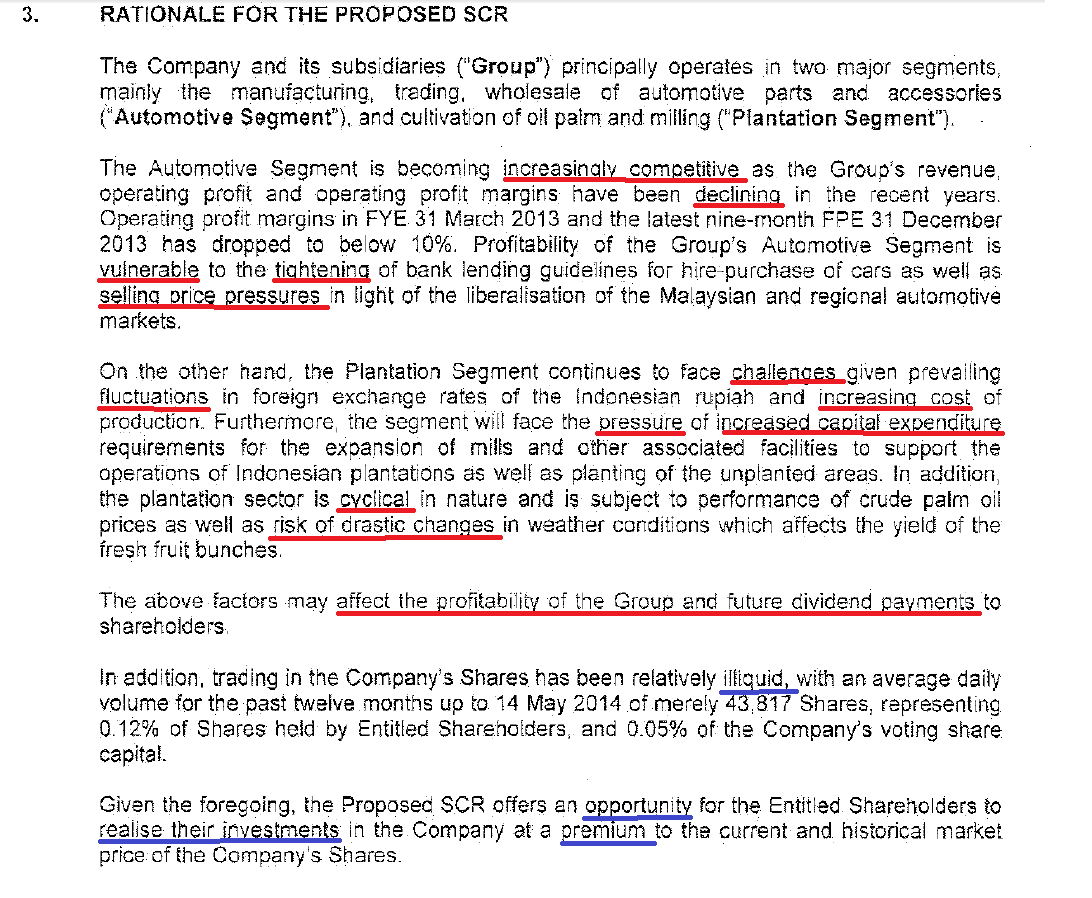 If one reads the red underlined parts, then a pretty bleak picture emerges. But, as a knight in shining armour, the controlling shareholders appear, and propose a premium opportunity for the minority shareholders to realize their investments.

I have to admit to the readers that at this moment tears started to form in my eyes. I have written many stories about controlling shareholders "forcing" minority shareholders out at much too low prices under the threat of delisting and mandatory acquisition. Was I too harsh?

At that moment a short beep announced the arrival of an email from a friendly party in my inbox, it read:


"Delloyd announced the privatization via selective capital reduction at RM4.80 per share. The NTA is RM4.37. Delloyd's jewel is a large oil palm estate Sungai Rambai Estate which is about 20km from KL. It has an area of 1,448ha. The proposed WCE will run right through the middle of this estate. The market value of this estate is about RM1.55bil at RM10psf. This represents RM15.5/share. Delloyd's market cap at the last done price of RM4.35 is RM435mil. Delloyd owns an established auto parts manufacturing business and matured oil palm plantations in Indonesia (on a lovely island with resort development potential). These are valued at RM250-350mil."


Immediately my tears had dried, this is rather different from the official announcement. Value is in the eye of the beholder, but even if the valuation of RM 1.55 Billion is somewhat too rich, then the offer price of RM 4.80 seems to undervalue the company quite a bit.

MSWG wrote the following in their weekly newsletter:


DELLOYD VENTURES BERHAD (“DELLOYD”)
Delloyd had on 16 May 2014 received a privatisation offer from its major owner. The privatization plan at MYR4.80 is via a selective capital reduction and repayment exercise. Major shareholder Chung & Tee Ventures Sdn Bhd, and parties acting in concert with them, own a total of 61.41 million shares or 63.58% stake in Delloyd.

Chung & Tee have pointed out that Delloyd’s automotive segment is becoming increasingly competitive as the group’s revenue, operating profit and operating profit margins have been declining in recent years.

Meanwhile, its plantations segment continued to face challenges given prevailing fluctuations in foreign rates of the rupiah and increasing cost of production. It also reasoned that the group’s shares had been relatively illiquid.

MSWG’S COMMENTS:
Prior to the offer the stock closed at its 52-week high at RM4.35 on the day it was suspended (15 May 2014). The stock is currently trading at a high P/E ratio of 19.2x, while its P/BV is trading at 1.0x. The gearing level is low with Debt/Equity ratio at 11.2%. Nevertheless we are of the view that revalued assets of Delloyd could fetch higher value than its current book value due to its plantation segment which consists of bio-assets with an average 3-year oil palm trees and going to contribute significantly to the group.


I really hope that the company will do a proper revaluation of all its assets based on the current prospects and present this to the shareholders. If not, I hope the authorities will take action.
Posted by M.A. Wind at 13:36