China Ouhua Winery was listed end of 2010, exactly from that moment onwards its financials started to deteriorate severely. Something that is (unfortunately) not uncommon for companies that seek a listing on Bursa Malaysia, and even more common in the case of China listed companies.

The results so far:

For those who think that it can't get any worse, I have bad news. China Ouhua managed to book a revenue for the first three months of 2014 of barely RM 1 million. Even most ACE listed companies would be ashamed of such low numbers. 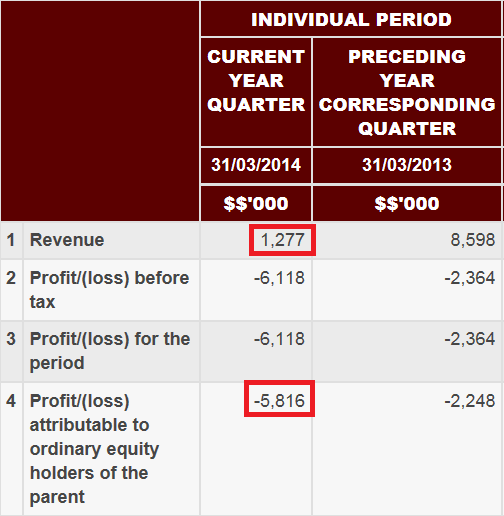 Sometimes business can be brutal, the price of raw materials rise, margins decrease, a bad one-off event, etc. But when a company has hardly any revenue, how can it ever come back again?

The company was described as "one of the top 10 wine companies in China (based on Frost & Sullivan's market research of China's wine market in 2009). It has a vertically integrated business model and is the first player in the PRC wine industry to establish speciality wine stores as a mode of distribution. It also owns one of the largest matured vineyards in Shandong."

If that is still true, then I feel sorry for China's wine industry.

I hope the authorities will look into this case.
Posted by M.A. Wind at 23:11