Protasco: where is the transparency?

The Edge, KiniBiz and The Star are actively writing about Protasco these days, and one can't blame them. There is a mud-slinging match going on between Tey and Chong, which is always good for some interesting news, that is what people like to read. Finally details (some unconfirmed) have been revealed in these articles, details that should have been revealed by Protasco itself a long time ago.

One important question in all of this is, which party is right?

But at least as important is the question: where is and was the transparency in all of this?

The deal in question started almost two years ago, and the official news as revealed by Protasco has been very, very limited, and most of it very much delayed.

January 2013 I wrote "Protasco's Puzzling Purchase" in which I asked the following questions:

Most of these questions are now, almost two years later, still never dealt with.

Soon shareholders have to vote in two subsequent EGMs on the directorship of Tey, Ooi and Chong.

But based on what information, if so much is still never revealed?

The winner in the on-going battle will be a bruised winner. And lots of doubt will continue as long as the air is not properly cleared.

The other directors (especially the independent ones) of Protasco also should evaluate the corporate governance standards of the company. A big improvement is urgently needed.

And then there is still another matter. How much of the money paid by Protasco can be recovered? Shares of Indonesia listed PT Inovisi Infracom Tbk were held in trust, but the share price has tanked recently. 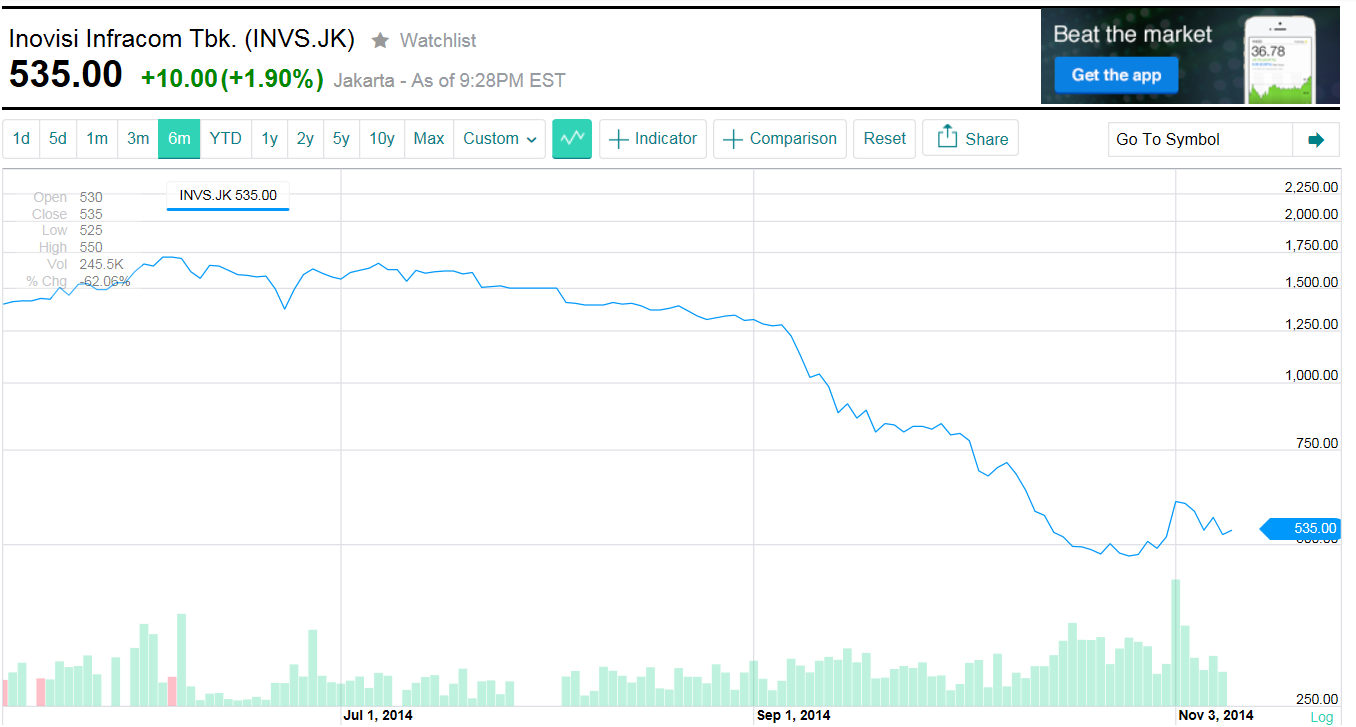 Protasco has initiated legal proceedings to reclaim the money, but court cases in Malaysia (when appealed) can easily take ten years to conclude. And in this case two other countries are involved, Indonesia and the British Virgin Islands, making things much more difficult.
Posted by M.A. Wind at 10:37