Rise and Fall of the largest corporation in the world

Before the year 1600 companies could borrow money, and even limited partnerships existed for a certain goal. But in 1602 some persons in Amsterdam, The Netherlands, made what I think is arguably the best financial invention in the history of mankind:
And thus both the first exchange ever was established, the Amsterdam Stock Exchange (Beurs), and the first listed company, the Dutch East India Company (VOC). 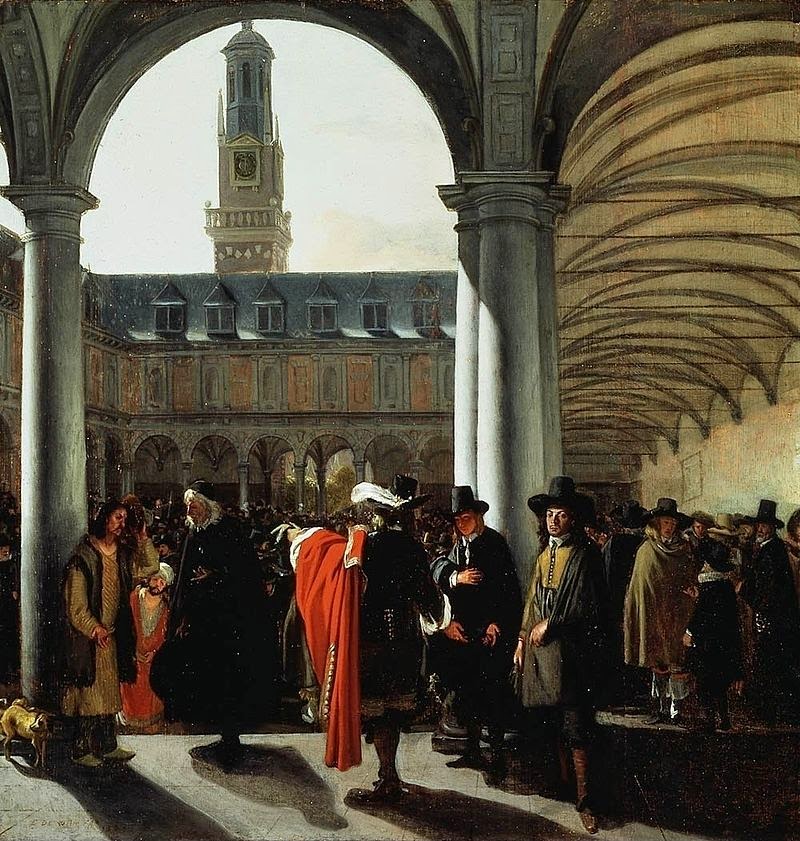 A painting of  the Beurs by Hendrick de Keyser, 1653

A lot depended on this first company, but financially it was a success, so many other listed companies and exchanges followed. 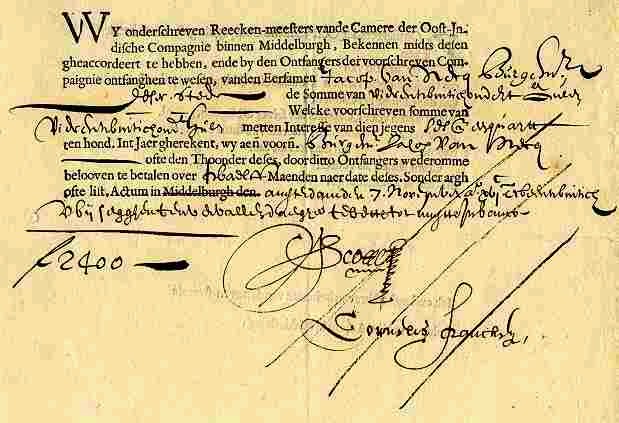 
Bryan Taylor from Global Financial Data wrote an interesting story about the company, some snippets:


The Vereenigde Oost-Indische Compagnie (VOC), or the United East India Company, was not only the first multinational corporation to exist, but also probably the largest corporation in size in history.

The company existed for almost 200 years from its founding in 1602, when the States-General of the Netherlands granted it a 21-year monopoly over Dutch operations in Asia until its demise in 1796.  During those two centuries, the VOC sent almost a million people to Asia, more than the rest of Europe combined.

It commanded almost 5000 ships and enjoyed huge profits from its spice trade. The VOC was larger than some countries. In part, because of the VOC, Amsterdam was the financial center of capitalism for two centuries. Not only did the VOC transform the world, but it transformed financial markets as well.

The VOC transformed financial capitalism forever in ways few people understand. Although shares had been issued in corporations before the VOC was founded, the VOC introduced limited liability for its shareholders which enabled the firm to fund large scale operations. Limited liability was needed since the collapse of the company would have destroyed even the largest investor in the company, much less the smaller investors.


The VOC also transformed the Amsterdam Stock Exchange, causing a number of innovations to be introduced, such as futures contracts, options, short selling, and even the first bear raid. Isaac le Maire was the largest shareholder of the VOC in its early years, and he initiated the first bear raid in stock history, selling shares of VOC short in order to buy them back at a profit and buy additional shares.

These actions also led to the first government regulation of stock markets, attempting to ban short selling in 1621, 1623, 1624, 1630 and 1632 as well as options and other forms of financial wizardry.  The fact that these laws had to be passed so many times shows the regulations were not that effective.

Although the above article gives many interesting facts, it is written in a rather positive way about the VOC. From a Corporate Governance and human rights point of view, there are a lot of issues.
Posted by M.A. Wind at 20:26