Anthony Bolton: I was wrong about China

"Anthony Bolton (born 7 March 1950) is one of the UK's best known investment fund managers and most successful investors, having managed the Fidelity Special Situations fund from December 1979 to December 2007. Over this 28-year period the fund achieved annualised growth of 19.5%, far in excess of the 13.5% growth of the wider stock exchange, turning a £1,000 investment into £147,000." 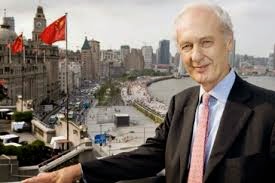 The above taken from Wikipedia. Pretty impressive, isn't it?

And then he did something he now definitely regrets:

"In 2009 he announced his return to fund management and in April 2010 moved to Hong Kong to begin managing the newly launched Fidelity China Special Situations PLC, an investment trust listed on the London Stock Exchange."

SCMP wrote recently an article with a rather harsh tone:

"... despite his bullishness on China he was unable to repeat his successes with his China investments - to no great surprise from older hands here who felt he didn't have enough knowledge of the market to succeed in the short term.

He retired from Fidelity at the end of March. At a function to mark his retirement Bolton criticised standards of corporate governance on the mainland. Initially he thought corporate governance issues in China were about whether the chairman and the chief executive positions were held by the same person, or whether independent directors held a majority on the board.

"I found that corporate governance is a euphemism for 'are the figures real and is the management lying?', that is, fraud.


A longer and more detailed article in the Financial Times: "Anthony Bolton: ‘I was wrong about the market in China’"

“The most disappointing thing for me – and I am happy to admit it – is that I was wrong about the market in China,” the manager said during a press briefing on his last day in the office on March 31.

“I thought it would go up for four years but it has gone down for more than four years.”

Eventually he did outperform the relevant index, but in absolute terms, the performance is nothing to shout about:

Someone who has performed (very) well by investing in China is Malaysian Cheah Cheng Hye (founder of Value Partners), about whom I wrote here.
Posted by M.A. Wind at 12:07