Maybulk issued a prospectus related to the proposal to subscribe to even more shares in POSH, maintaining more than 20% of its shareholding. It had to ask permission through an EGM since it is a Related Party Transaction.

The following text is rather cryptical:

If there are any related parties, why do they not simply mention them?

The following is presented in the prospectus:

But one party seems to be conspicuously missing: PPB Group also owns 14% of Maybulk.

Both PCL and PPB Group are widely believed to be linked to Robert Kuok, but this link is not established lately anymore, why not?

The IPO document of Maybulk in 2003 was very clear about this matter: 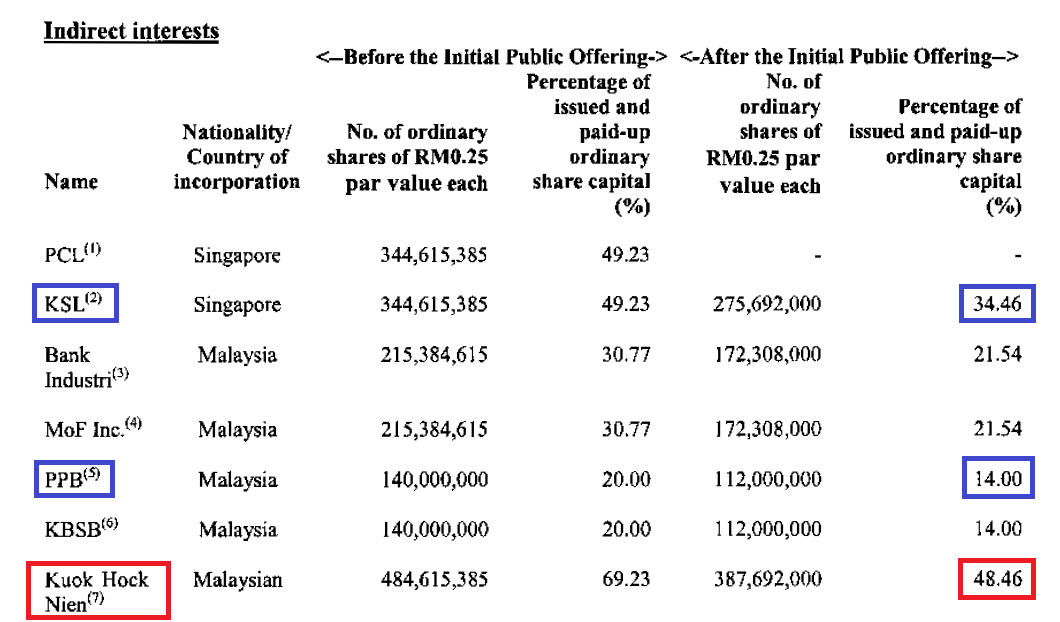 The issue if PPB Group is still controlled by the same person as PCL (KSL) is important in all CG matters, especially in dealing with POSH:

The announcement that the proposal to invest in POSH at Maybulk's EGM in 2008 was duly passed does not give any additional information, disappointing..

The correct way, in my opinion, would have been to vote per poll (one share one vote), and to announce the detailed voting results.
Posted by M.A. Wind at 09:59